We are kind of used to seeing our favourite riders miss a week here or there after a crash related injury.

We are also pretty much used to being shocked by the incredibly fast healing these guys seem to exhibit. They will ride a few weeks out from a fracture in some cases – it is truly astonishing.

Many factors contribute to this, among them the funds available to treat them mean they are getting the absolute very best care available including the most up to date procedures to ensure minimal invasive surgery and specialised rehabilitation.

The fact they are super fit and conditioned also means their bodies bounce back very well from a variety of racing related perils.

One injury in particular is the dreaded Arm Pump. Commonly seen in Motocross as well as MotoGP.

What is Arm Pump?

The medical term is Chronic Exertional Compartment Syndrome (CECS) or in more serious cases Acute Compartment Syndrome (ACS) and is what is called an overuse injury as opposed to an injury caused by a one time crash this is caused by the limb being subjected to high level specific use – with MotoGP and Motocross it’s the forearms, in runners it’s the lower legs that suffer.

It is characterised by the onset of severe pain within minutes of riding and dissipates about 20 mins after stopping the activity without any long-term effect on the limb.

It is so common in MotoGP it is often referred to as the riders’ initiation with so many riders having the tell-tale scars on their forearm.

How does it occur?

We have a non-stretchy membrane encasing our muscles called the Fascia. Putting demand on the muscle increases the blood flow since the muscle can increase up to 20% in volume and the fascia is not elastic it gets tight inside constricting the blood flow.

This constriction leads to intense pain as well as an under performing limb and there may also be numbness or weakness.

All things you do not want at very high speed on a motorcycle.

However, it is not likely to cause permanent damage to the limb.

How is it diagnosed?

The gold standard of testing for this is Compartment Pressure Testing, however it is the most invasive testing option.

Needles are inserted into the effected area connected to a pressure testing system and the muscle is subjected to stimulation to test the pressure in the compartment.

In recent years, some non-invasive techniques have proven very effective in accurately diagnosing Arm Pump in a rider including MRI scanning technology which can assess the fluid volumes of the compartments during exercise.

Near Infrared Spectroscopy (NIRS) is a newer technique that measures the amount of oxygen in your blood in the affected tissue.

This helps determine if your muscle compartment has decreased blood flow.

For a MotoGP rider the less time away from the track the better so the non-invasive option of new MRI technology is preferred.

How is it treated?

The only real option is surgery called a Fasciotomy.

A slit is made in the Fascia membrane to relieve the pressure. 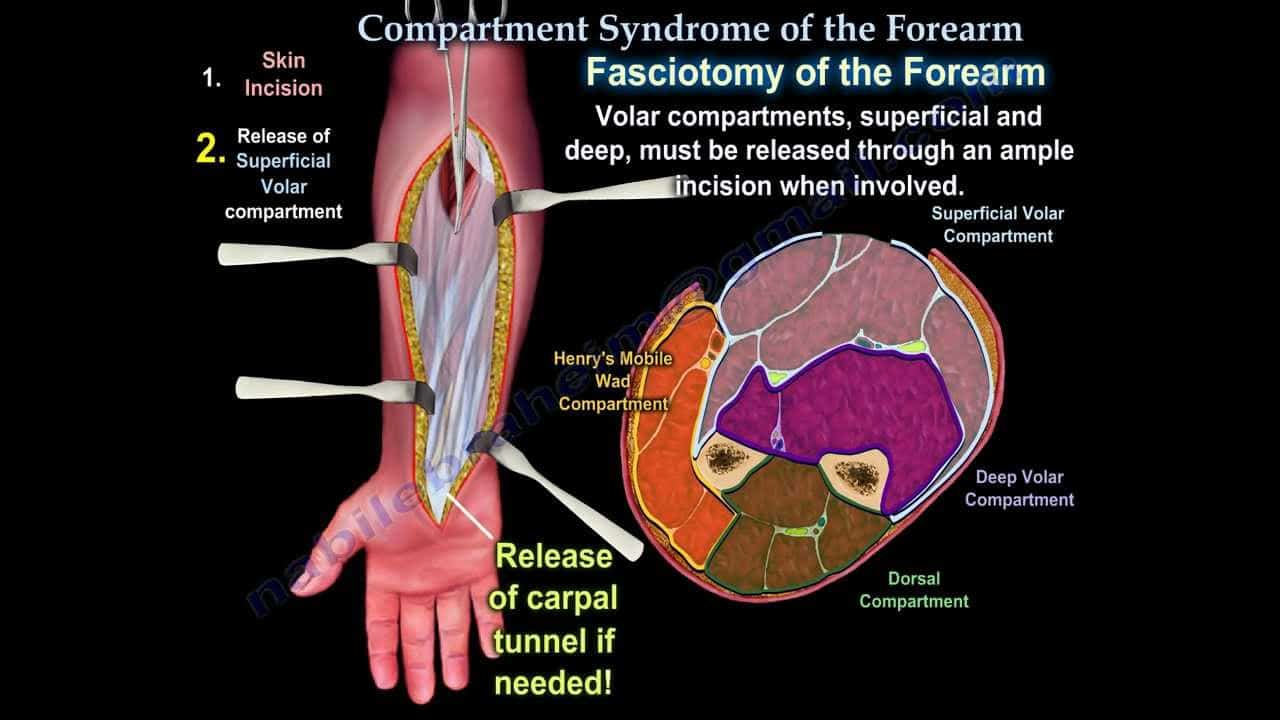 For the average person recovery is around 6 weeks but for the MotoGP riders it can be as little as a few weeks and they are back on the grid.

This is partly due to the procedure being performed by a form of keyhole surgery to reduce recovery time.

Of course, like all things there is no guarantee the procedure will work and in some cases the slit created actually heals along with the other tissue.

This is problematic as it needs to be repeated but issues such as scar tissue can complicate things.

Treatments such as pain relief, altering exercise regimes and resting the limb are not long term treatments and are no good for a MotoGP rider for obvious reasons since even the slightest loss in ability to use their brakes and throttle can be catastrophic.

Riders showing signs of this ailment are immediately sent for the required testing and if necessary, the surgery.

They tend not to wait for it to be costing them too many races.

In recent years some of the MotoGP riders who have had arm pump surgery include: 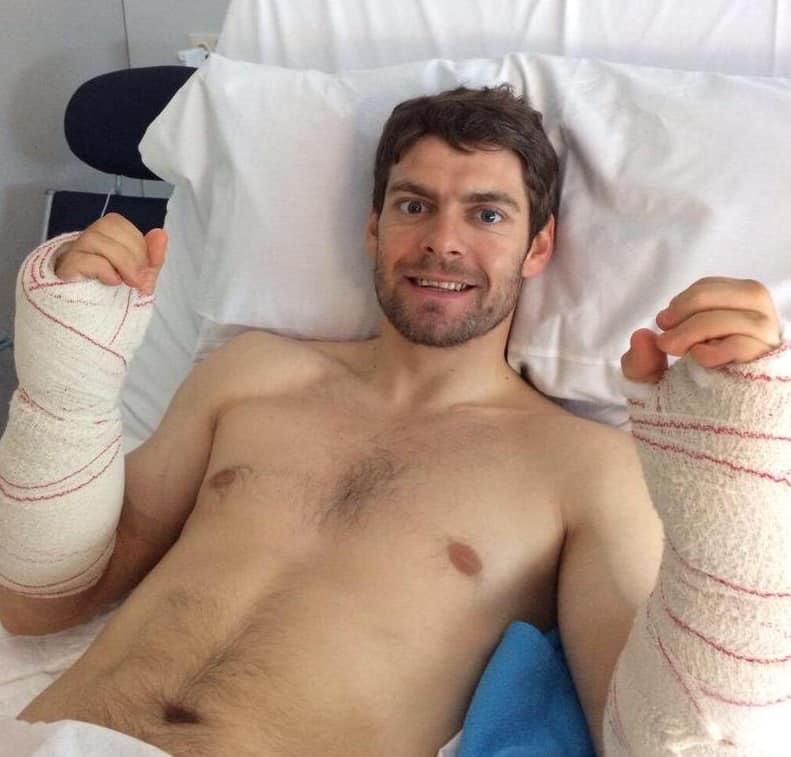 Cal Crutchlow who has had arm pump surgery on both arms

As was the case for Fabio Quartararo who underwent the hour long procedure for arm pump on the 4th of June 2019 in Barcelona and was back for the Spanish GP (Catalunya) on the 16th of June, which is just a two week recovery.

Even though it had not yet reached the point of absolute urgency, his team felt it best to deal with it as soon as possible.

“It’s an operation that we hadn’t previously scheduled, but which we decided to go ahead with after discussions with Dr. Xavier Mir following the Italian GP,” said Quartararo.

“The conditions I experienced last Sunday weren’t normal, and they alerted us to the possibility of an arm pump issue.” 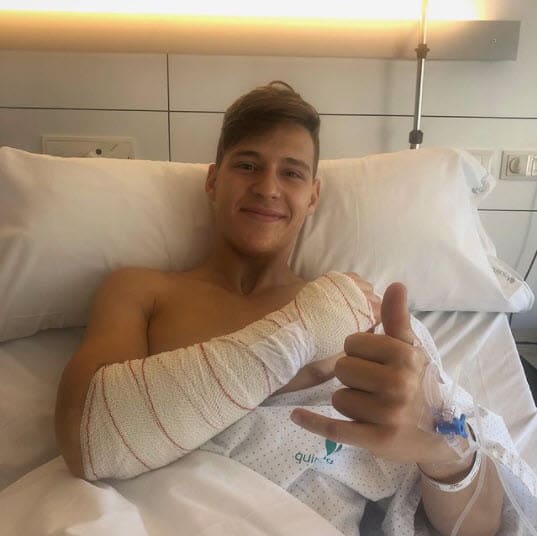 It definitely seemed to help Quartararo as he took the podium on 8 occasions after his surgery compared with zero podiums before..

Since arm pump has a sudden onset of severe pain which increases within the first few minutes of the activity it’s possible this could have contributed to his issues earlier in the season. 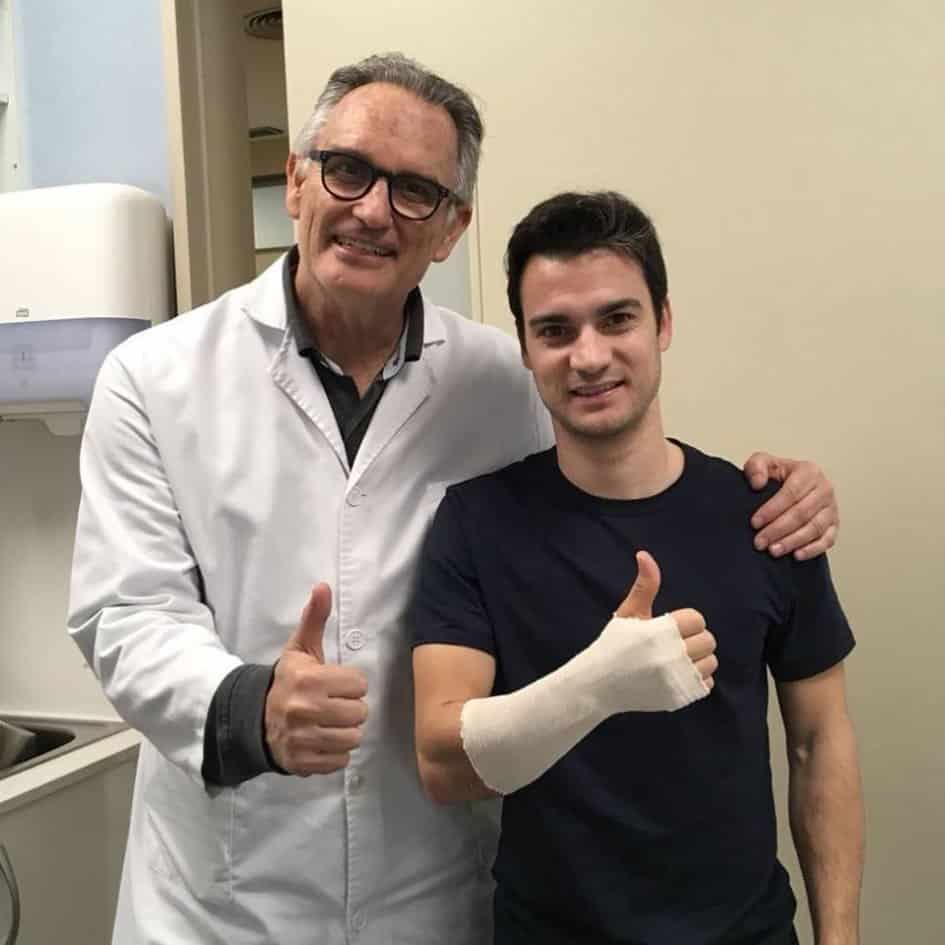 During the 2021 season we saw many riders undergoing this surgery and for Espargaro and Quartararo it meant a second time under the knife.

Ducati’s Jack Miller and Tech3 KTM’s Iker Lecuona underwent their arm pump surgery in Barcelona on 6th April following the Doha GP. Miller stated after the race of not being able to feel his front brake lever for the last four laps. Both were operated on by Dr Xavier Mir who has also operated on Fabio Quartararo and Dani Pedrosa amongst others.

In May 2021 Yamaha’s Fabio Quartararo underwent arm pump surgery on his right arm in France following problems during the Jerez MotoGP which caused him to lose the lead and end up in 13th place. This is the second time the Frenchman has had his right arm operated on for arm pump.

Aleix Espargaro of Aprilia underwent arm pump surgery in May also after the Le Mans GP following problems in Jerez during the race and the Monday test. He had the procedure ten years ago but suffered a recurrence. Dr Mir in Barcelona performed the procedure.

And finally in we saw Johann Zarco undergo arm pump surgery on 22nd September in France by Dr Olivier Dufour who operated on Fabio Quartararo in May. 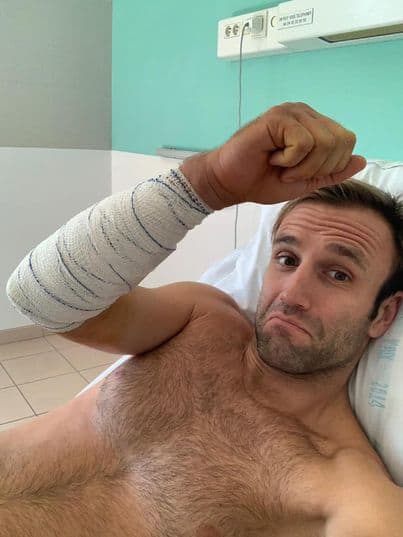 Following the end of the 2022 season, Alex Rins went under the knife for arm pump surgery on the 2nd December at Madrid’s Ruber Clinic under the supervision of Dr Ignacio Roger de Oña. 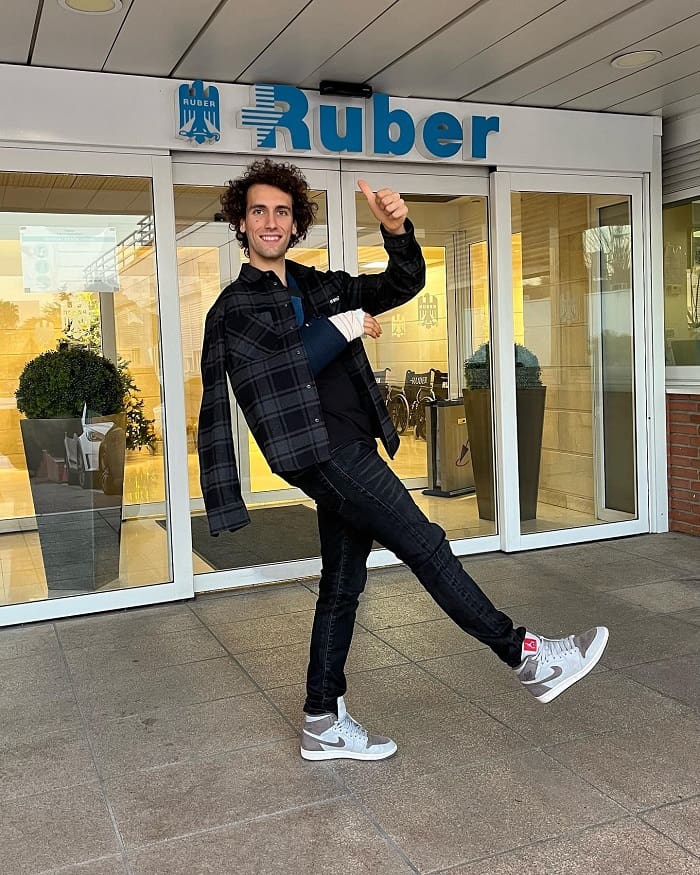 While not permanently debilitating it is certainly not a condition a rider can ignore but thankfully with the skill of top surgeons such as Dr Mir, Dr Dufour and Dr Roger de Oña they are in excellent hands and back on the grid in record time.