The Most Successful F1 Cars Ever

2022 has very much been Red Bull’s year though winning both championships in such a dominant fashion.

Mercedes has won the constructor’s championship for the previous nine years and the driver’s title for eight of them.

Before Mercedes, Red Bull had held sway when they won four consecutive Constructor’s and Driver’s Championships.

In traditional reverse order, here are the most successful Formula 1 cars of all time: 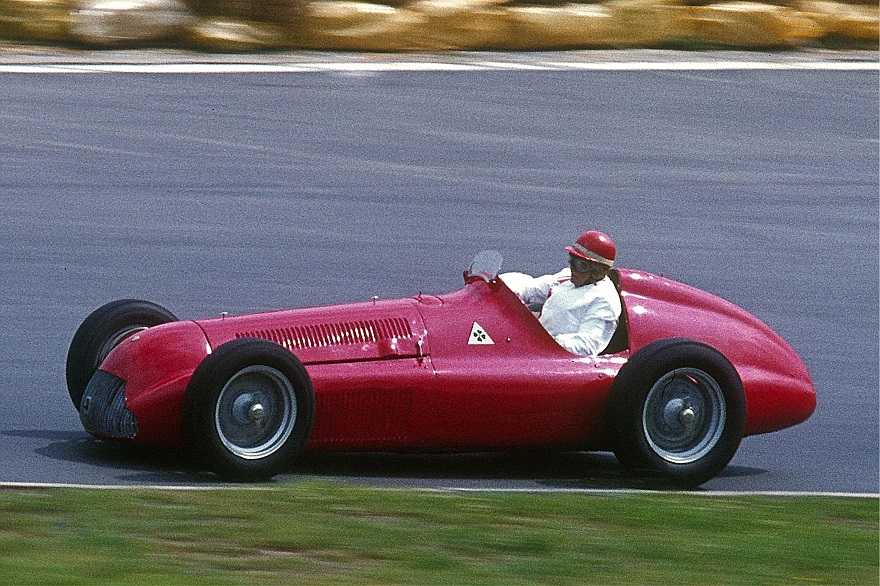 The 1950 season of Formula 1 saw complete domination by Alfa Romeo Alfetta. The 1479cc Roots type supercharger engine powered car won all but one of the races.

Driven by the likes of Giuseppe Farina, Juan Manuel Fangio, Luigi Fagioli, Reg Parnell, Consalvo Sanesi and Piero Taruffi, Alfa Romeo dominated the season in all possible circumstances by scoring Poles in 6 races out of 7 which also included the 6 fastest laps by the Alfa Romeo team.

Farina won the Driver’s championship with 30 points while Fangio trailed by 2 points.

To sum up the dominance of Alfetta, three drivers of Alfa Romeo topped the Driver’s championship at the end of the season. 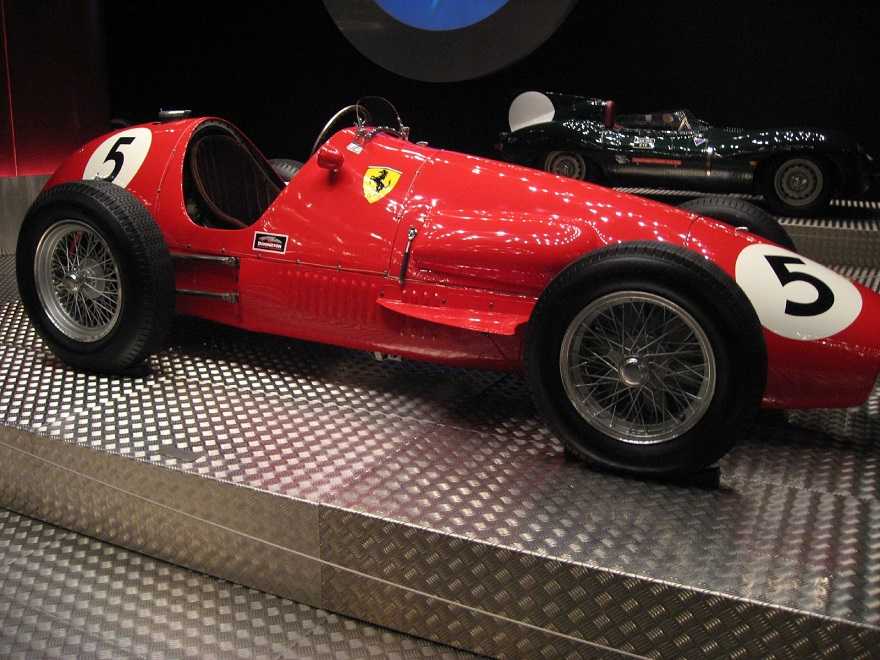 By Morten Brunbjerg Bech from Denmark (1952 Ferrari 500 racing car) [CC BY 2.0], via Wikimedia Commons
The 1952 season of F1 was diminished by the absence of Alfa Romeo (due to insufficient finances) whose drivers had won last two championships.

BRM also withdrew so the authorities decided to run all the races to Formula 2 regulations to introduce more competition.

It made no difference.

The brilliant squad of Piero Taruffi, Alberto Ascari, Luigi Villoresi, Andre Simon and Giuseppe Farina won all but one of the races that season.

Alberto Ascari won 6 consecutive races after missing the first race and failing to win the Indy 500.

Scuderia Ferrari and its drivers scored pole and fastest laps in all races except the Indy.

The Ferrari team’s dominance was such that it secured 1-2 in 6 occasions which included 1-2-3-4 at Germany and 1-2-3 at the Netherlands. 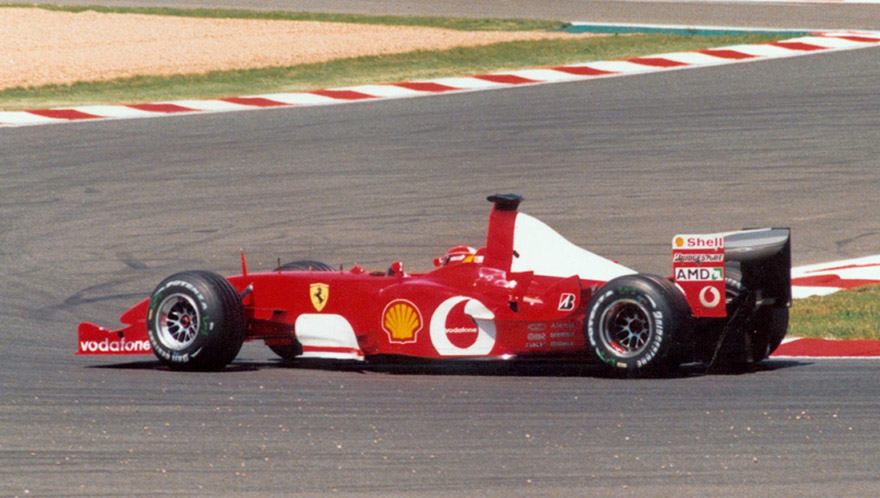 Michael Schumacher, Image by SilverArrows [GFDL, CC-BY-SA-3.0 or CC BY 2.5], via Wikimedia Commons
The 2002 season of F1 will long be remembered for Michael Schumacher’s dominance over the rest of the field.

The 600kg beast mounted by Michael Schumacher and Rubens Barrichello won 15 races out of a possible 17.

Michael Schumacher also scored podiums in all the races of the season winning 11 times.

The Scuderia Ferrari squad of Michael Schumacher and Rubens Barrichello scored more points than all the other drivers combined.

Although some reliability issues saw Rubens’s Ferrari failing to start on 2 occasions, it did not stop Ferrari score nine 1-2s.

Ferrari could score only 10 pole positions during the season but Ferrari was in another league on race day.

Schumacher won the season after 11 rounds and Ferrari won the mammoth 88.24 % of races and a total of 221 points. 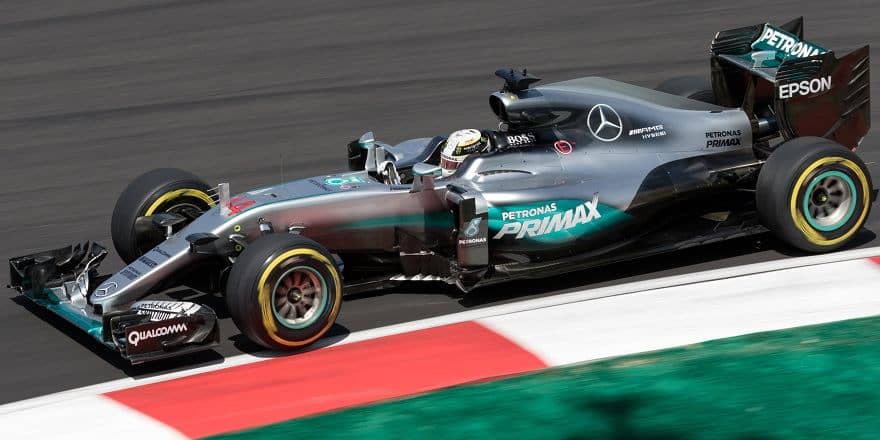 Lewis Hamilton By Morio (Own work) [CC BY-SA 4.0], via Wikimedia Commons
The previous two seasons had seen a complete domination by Mercedes after the introduction of the hybrid era in 2014. Out of possible 38, the silver arrows had won 32 races.

The last season before the regulation change turned out to be the most successful Mercedes’ campaign.

The 2016 campaign’s 1.6 litre, V6 turbo-charged hybrid Mercedes engine, capable of producing up to 1000 hp, combined with the supreme Mercedes’ chassis, swept the field aside.

The season, just like the previous two, saw the Mercedes team winning the Constructor’s championship by a big margin while the two drivers fought for Driver’s championship.

The Anglo-German squad of Lewis Hamilton and Nico Rosberg won 19 out of 21 races collecting a total of 765 Championship points.

The dominance of the F1 W07 was all-round as it collected 20 poles during the season and 10 fastest laps.

Eight 1-2s and a total of thirty three podium finishes highlight the sheer dominance of this beast. This car achieved a podium place in all races bar one during the year with Hamilton scoring 17 podiums followed by Nico on 16 occasions.

Nico Rosberg won the championship by 5 points when he scored second to Hamilton at the last race of the season.

Before I reach the best F1 car ever, here are a few honourable mentions: 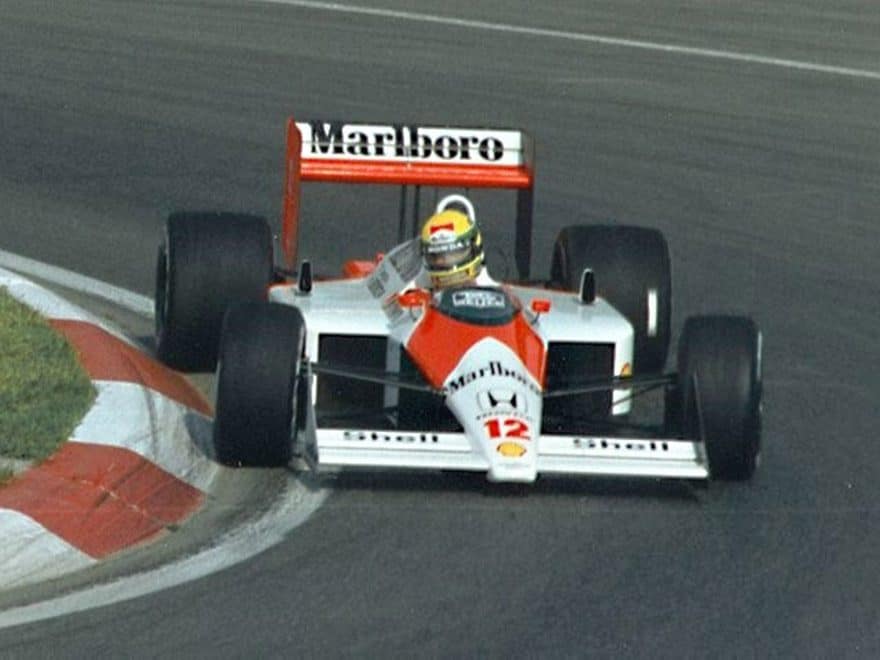 By Paul Lannuier from Sussex, NJ, USA (Ayrton Senna (McLaren Honda)) [CC BY-SA 2.0 or CC BY-SA 2.0], via Wikimedia Commons on track
Honda’s RA168 E, 1.5 litres V6t engine dominated the season. It was unbelievably fast, reliable and suited for every track. The McLaren team placed this wonderful engine in a car that handled superbly.

Combine this with two of the best drivers Formula 1 has ever seen in Ayrton Senna and Alain Prost and the car was nigh on unbeatable.

The 1494cc Honda powered car won 15 races out of 16. The Monza round of the season was unbelievably won by Ferrari when they were still mourning the death of Enzo Ferrari.

The MP 4/4 not only won 15 races but it also gained poles at 15 races. Ayrton Senna won 8 races whereas Alain Prost won the 7 races.

The car finished on podium in all but one race in Monza and the team amassed a mammoth 199 points which was more than double the points of the second placed team. 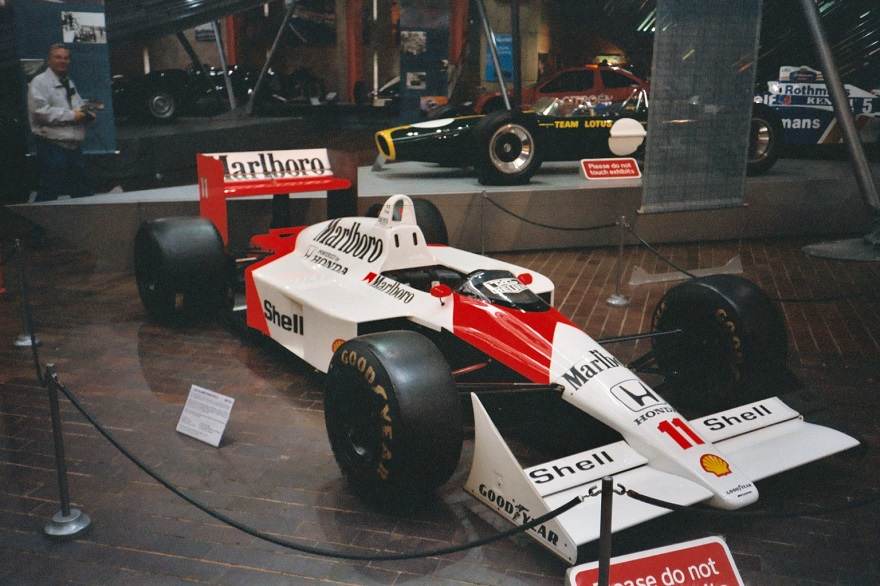 Midx1004 at the English language Wikipedia [GFDL or CC-BY-SA-3.0], via Wikimedia Commons show room car
Are we likely to see such domination by a race team ever again?

As fans do we want to see such domination?

What do you think?