The 10 Most Scintillating Corners of F1 – Part One

Formula 1 circuits are very famous for their breathtaking corners. Corners where the cars can approach at more than 340 kmph and brake to 100 kmph in a split second, causing huge lateral forces to act on the driver.

Also, there are corners which are so tight high speed is impossible but drivers must fully commit as the exit leads to long straights.

It takes great courage and precision to master these curves. The tiniest error will lead to ruined lap times or possible overtakes by other drivers.

I have compiled my list of the ten most scintillating and important corners of the F1 Calendar and they are shown in the traditional reverse order. In this article I look at corners 10 through to 6.

As a postscript, I have also listed some famous corners from yesteryear which are no longer part of the calendar. 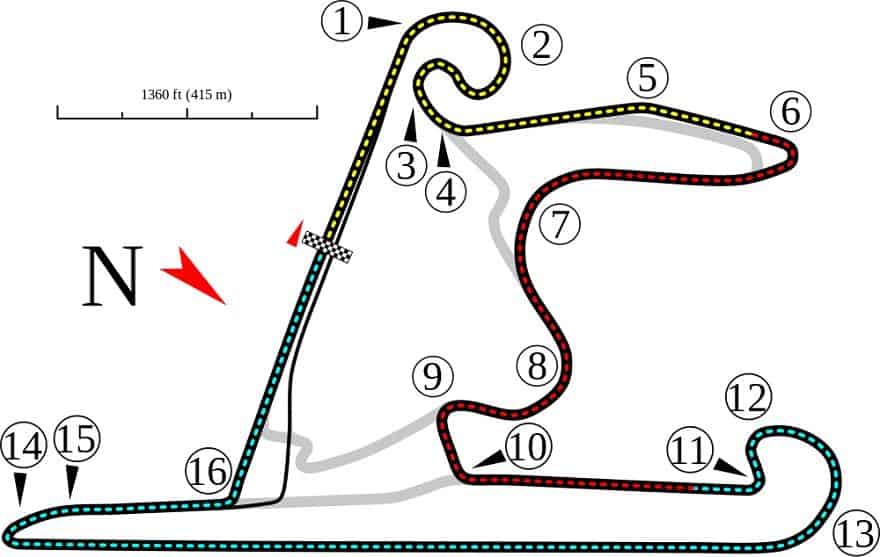 Formed after the Yin Yang symbol which means two opposite forces.

The layout of Turn 1 and 2 depicts the symbol of Yin Yang and is a very long slow right-hander after the main straight. The track forces the driver to effectively tease the throttle and steering. Towards the centre the spot is almost blind. It is very hard to identify a proper braking point here and it is extremely difficult to find the optimum place to push the throttle. The key to mastering these turns is to enter the curve with a proper line and follow around so as to make proper exits to Turn 5 which is a long straight.

Although Jenson Button and Nico Rosberg collided before they were crowned world champions they still merit mention.

A closely laid barricade. If the entrance/exit of the Turn 14 is compromised it will lead to a “kiss”.

The name suggests the complexity of this turn. More than being a very difficult curve, this has become a demon which can drain a driver’s confidence as the barricades are so close.

Drivers enter the curve at top speed and following the left right chicane which is accompanied by the kerb. Drivers aiming for the most effective line should hit the kerb but without unsettling the car.

Like in Monaco there is no room for error as every apex missed means the loss of lap-time or the “kiss” of the Wall of Champions.

789 metres long and 13 metres wide, Turn 4 of Sochi Autodromo is a Herman Tilke masterpiece. It takes the F1 cars around 9 seconds to navigate through the corner which is 161 degrees. Drivers experience the lateral G-force of around 3G for almost 7 seconds. The speciality of this curve is there are variety of lines and approaches. Throttles are full and the cars move to 7th gear after the slow Turn 2.

The 2016 Russian GP saw Daniil Kvyat hit Sebastian Vettel in the rear while moving around Turn 3. The corner is famously described as the balance between conserving the tyre and being as fast as possible. 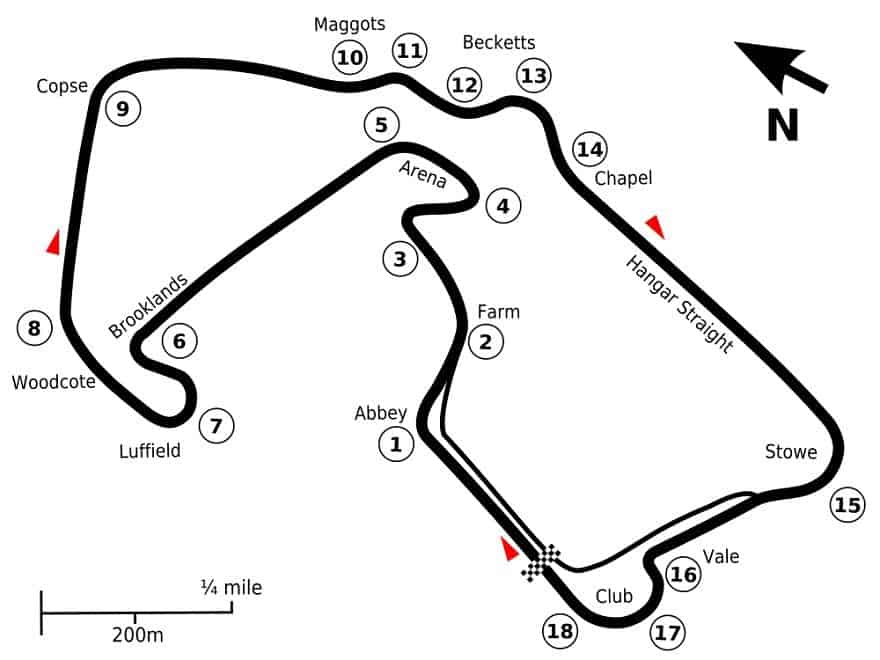 By AlexJ (Own work) [CC0], via Wikimedia Commons

Countless. Last year’s Verstappen’s pass of Nico Rosberg was a rare scene as overtaking is not that common around here. 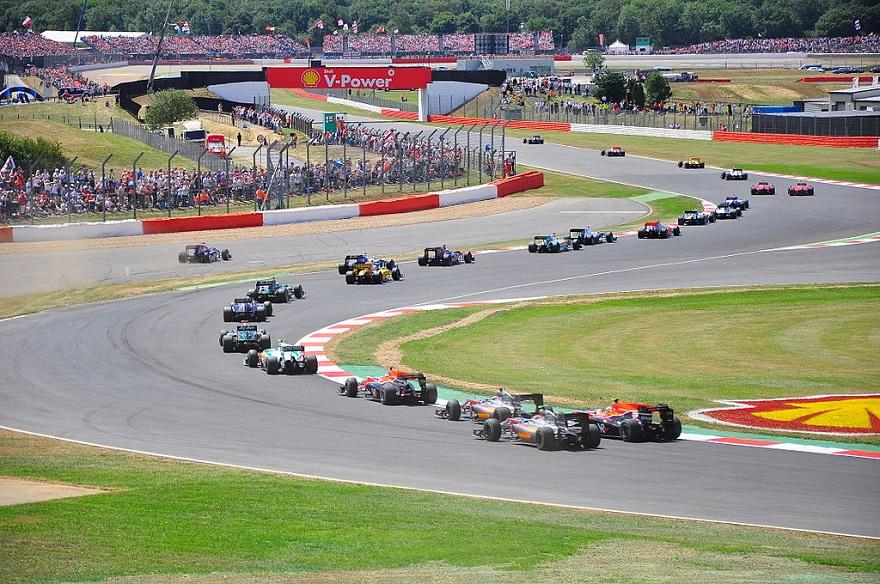 Silverstone is one of the most iconic circuits on the F1 calendar and is very hard on engines. Formula 1 fans like me will be terribly sad to see Silverstone removed from the calendar from 2019 onwards.

Although the track layout may have changed substantially over the years, the Maggots-Becketts-Chapel sequence is still one of the greatest places in the world where the multi-million dollars engineering masterpieces run.

The high speed entry followed by the left and right turns reduce the speed to almost the half of entering speed when cars exit towards the Hangar Straight.

The driver’s challenge is to maintain the speed and absolutely perfect the turns as they will be greeted with 2nd DRS zone. These sequences are very important to pull of the magnificent laps like Lewis Hamilton.

Silverstone’s sequence of Maggets-Becketts-Chapel is said to be the inspiration to many curves around the world. The Circuit of the Americas sequence of high speed left-right-left is inspired by this legendary circuit.

This year’s bigger and faster cars passing the sequence absolutely flat was an absolute pleasure to watch. 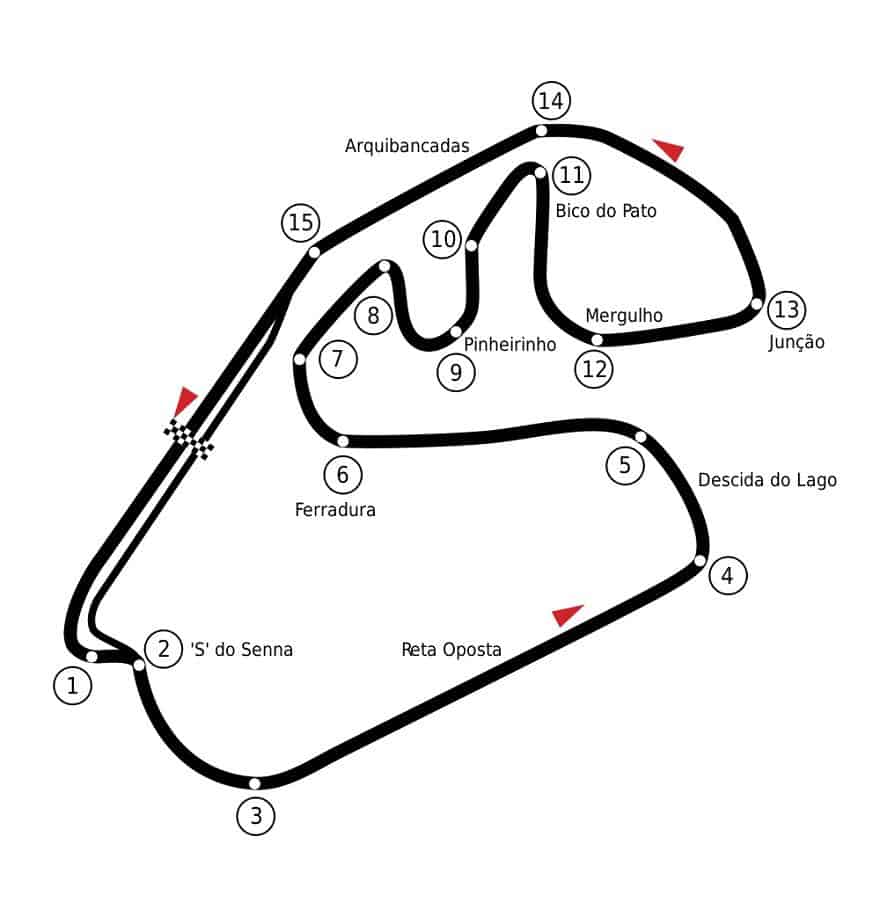 Schumacher being passed by Montoya 2001

The sequence of turns with different lengths with kerbs and angles means the Brazilian GP gets the best possible start to an F1 race.

For me this is the best possible start of a GP. The S do Senna sequence is named after one of the greatest Formula 1 drivers of all time, Ayrton Senna.

Drivers should find the perfect line so as to manoeuvre their cars moving at around 300 kmph at the Main straight to the swerving curves before the Reta Oposta Long straight.

The reduction in speed is more than 200 kmph and the G-force experienced is literally neck-breaking. I am dying to see how the faster cars of 2017 behave around S do Senna.

The slow corner is a famous venue of many famous passes – Juan Pablo Montoya’s famous pass on Michael Schumacher is worth the watch and equally entertaining is Max Verstappen’s famous rain dance during the last year’s Brazilian GP. Don the cap of bravery, skill and speed, everyone can perfect the Senna S.

The Turn 1-3 sequence forms an S which might be a serious issue if the braking zone is not spotted. The left hand turn is followed by quick left-right is very hard to master but very important for maintaining speed and avoiding passes.

Even the talented Alain Prost spun out of P1 in the rain of 1993 and was the venue of collision of Schumacher and Bruno Senna.

Do you want to see the rundown of my top five corners?