The Tyrrell F1 Tale – Winning The F1 Championship from a Woodshed

The younger generation of F1 fans know a very different sport to that I was fascinated with just a couple of decades ago.

Grand Prix racing in its all-singing, all-dancing, PR-driven and – admittedly – highly competitive format of now is all very well, but for many of us ‘older’ fans, much of the character has gone.

That’s not to say I don’t still love it, for I do, but nowadays it’s for very different reasons.

Once upon a time – you might be forgiven for sensing a fairy-tale about to unfold – Grand Prix racing was about the big, powerful manufacturers – Ferrari, Renault, Porsche, Honda, Matra and, back in the 1950’s, Mercedes-Benz, Maserati and Alfa Romeo.

Today the same could be said, but even the smaller teams run on budgets of several hundred thousand dollars.

Hence, for youngsters, the fact that an F1 team could be founded, and operate out of, a woodshed in leafy Surrey in England, and win countless races and three F1 world drivers championships, is unthinkable.

But that’s what Ken Tyrrell, and his merry band of men, achieved with their Tyrrell F1 team.

Tyrrell, when it entered F1 in 1968, consisted of a handful, and that included the drivers.

Ken Tyrrell, a man of some stature and repute – and a noted talent-spotter in the lower categories for some years – managed to secure a deal with the French auto and aerospace company Matra, who built the chassis for that debut season (Matra also ran their own ‘works’ entry with a home-built V12 engine.

Powered by the must-have Ford-Cosworth V8, it was developed into the Tyrrell-Matra MS80, with which Jackie Stewart won the championship with ease in 1969. Think about that – one year in, and they took the title. 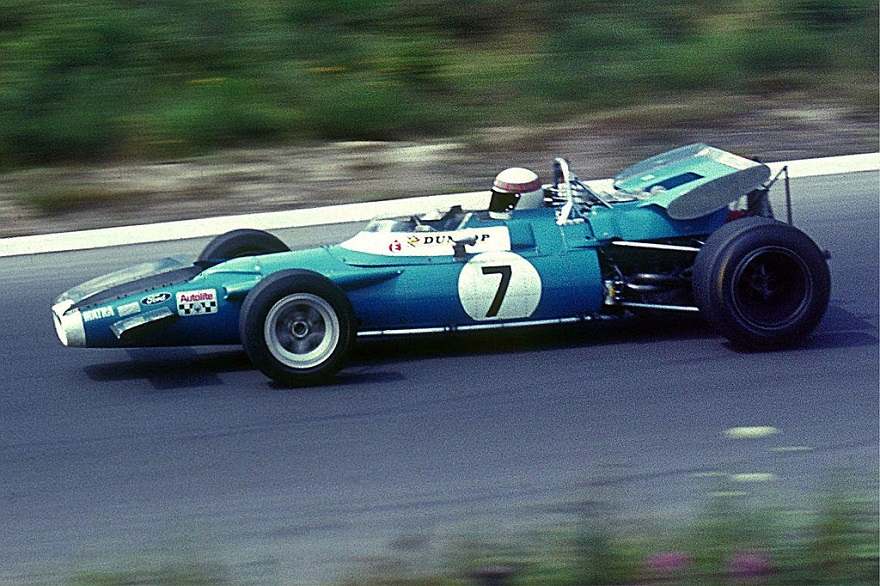 Tyrell then went through a phase of running the March chassis and then took the plunge to build his own. The team still employed not many more than a dozen people, and still operated from that woodshed.

The great Scot – now Sir Jackie and still involved in an ambassadorial role for Ford – retired at the end of that season, which also saw the death of the team’s young rising star – the Frenchman Francois Cevert – in a horrific accident at the end of the season at Watkins Glen in the USA.

The team regrouped and, while it would win more races, those three titles would remain its only ones.

Six Wheels on My Wagon

Tyrrell sprung a major surprise on the F1 world when, completely by surprise, it unveiled the P34, which had six wheels. Four small wheels at the front were intended to provide greater grip, two large ones at the back to put the power from the Cosworth V8 on the tarmac. 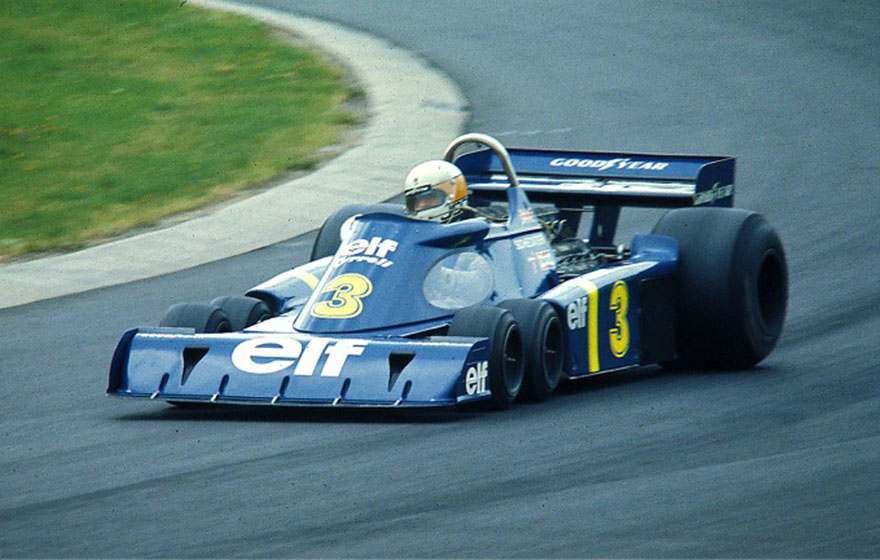 While not the major success it was intended to be, it was by no means a failure: in the hands of Jody Scheckter – later to become World Champion at Ferrari – the P34 won the Swedish Grand Prix in 1976, followed home by his team-mate Patrick Depailler.

In many ways, the P34 signalled the downfall of Tyrrell, for a new era was about to change F1 in a bigger fashion than ever seen and, ironically, Tyrrell was something of an instigator in a sea change that he would later stand firmly against.

In the middle of the 1970’s, French giant Renault – then government backed and doing very well in endurance racing and F2 – spotted a loophole in the rules that they believed gave them a good reason to go Grand Prix racing.

When the F1 regulations had been changed in 1966 to encourage engine makers to provide 3000cc normally aspirated engines, a rule was left in place stating that 1500cc engines – those from the previous era – could still compete and were permitted to be turbocharged. This rule was still in place in 1975.

Tyrrell, hearing of Renault’s intention to build a turbocharged F1 engine, secured something of a pre-contract with the French manufacturer (this is why the P34 of the era appeared with yellow stripes) yet, in the end, nothing came of it.

The details are murky, yet it indirectly – or some say more directly – led to the slow and painful downhill path the team now began to take.

The Beginning of the End

To cut a long story short, Tyrrell was one of the very few teams not to jump on the turbo bandwagon once those engines became the way to go, and remained with the venerable Cosworth, now in the DFY variant.

Ken insisted – some say correctly – that turbos were actually illegal according to the rulebook which specifically banned ‘turbines’. Others say this referred not to turbo engines but to gas turbines and other forms of power.

Nevertheless, the saga unfolded most viciously in 1984, a year in which Tyrrell had two talented youngsters on board, Martin Brundle and the German rising star Stefan Bellof. 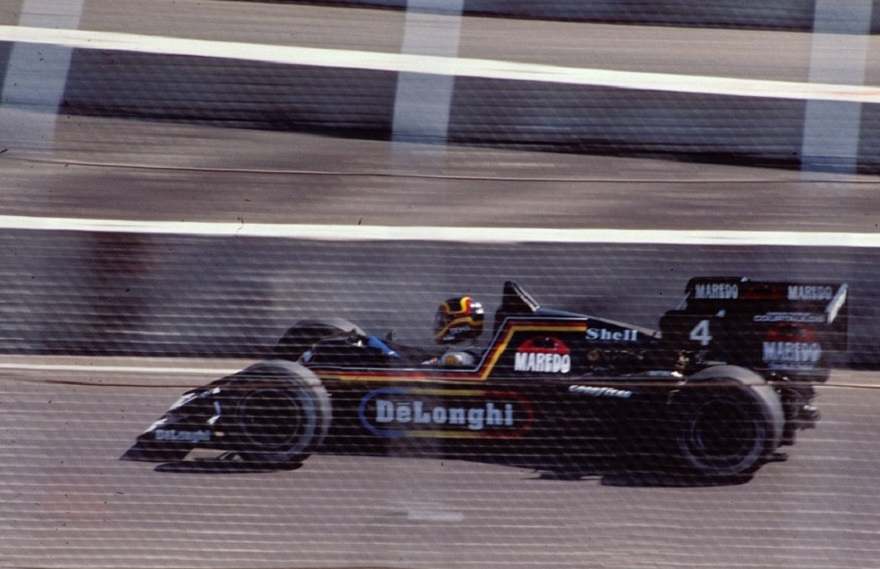 The complexities of the situation are too in-depth to cover in detail here, but this is a brief synopsis: Tyrrell ran a car that carried lead ballast, which was – allegedly – added during a pit stop late in the race. This meant the car ran under the minimum weight limit for much of the race.

Now, there are two ways to look at this: Tyrrell believed he was within the rules, as his cars were legal when scrutineered both before and after the race.

The FIA, the all-powerful governing body, believed otherwise. There are specifics I could go into that show that, in fact, Tyrrell was most likely correct, yet at the end of the season – which some say had been a witch hunt – Tyrrell was disqualified from the championship.

The result of this was that rules could be passed that Tyrrell was against – rules that needed unanimous agreement, and which Tyrrell could no longer vote on, thanks to disqualification.

There were commercial aspects involved, and it was a turning point in which Tyrrell believed his fellow teams were conspiring against him; in fact, they were protecting their own interests as to be seen to side with Tyrrell would have not been looked upon lightly.

And So The End Was Nigh

Tyrrell soldiered on, one of a dwindling bunch of privateer teams, occasionally showing promise along the way and introducing the sport to many young talents who went on to greater things, but the days of glory for this once giant-killing team were gone.

For Ken, the final straw was when his new partners, British American Tobacco, insisted he took young driver Ricardo Rosset over Tyrrell’s own preferred choice of the time.

Ken threw the towel in, and sold the team to become BAR for 1998.

It was a sad end for the team – which, incidentally, went on to become Honda, then was briefly Brawn GP, which then became the all-conquering Mercedes – and Tyrrell died after battling cancer in 2001, at the age of 77.

He and his team are fondly remembered by those of us who followed them. 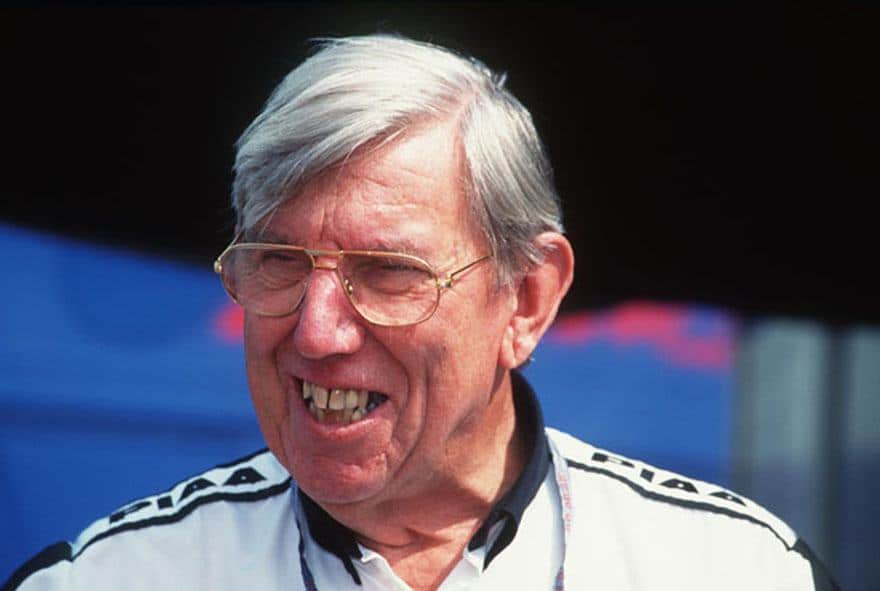