Who are the Greatest Motorcycle Riders of All Time?

There are so many arguments for who is the greatest rider of all time in the motorcycle world and how this is to be determined.

Personally, I think some individual opinion comes into play and no matter how we assess the stats we could all come up with a different answer to the who and whys.

I think this quote from PatSavage.net blog titled the ‘5 Top Riders of All Time’ explains the reasons for the difficulty very well:

“Skill requirements also evolved from one era to another, and without the same set of criteria for measuring one’s performance while lacking a common context, nobody can tell who was the greatest”

However, there are without disagreement some names that deserve to make a list of top riders of all time and here are my personal favourites in no particular order.

Love him or hate him you must admit the man holds A LOT of MotoGP records and many seem hard to beat without a long (a very long) career.

There are many reasons why millions of fans refer to him adoringly as the GOAT (Greatest of all time).

He has won 7 premier class world titles (9 in total) and is amongst the top 10 riders in terms of pole positions (55), most consecutive wins at a single track with 7 wins at Mugello between 2002 and 2008.

Marquez was set to equal him at COTA this year (2019) however Rins halted Marquez’s charge for most consecutive wins at a single track (for the moment anyway).

Not to worry though if you are a Rossi fan, he also holds titles for 7 wins at a single track for Jerez and Catalunya as well as 8 wins at Assen. 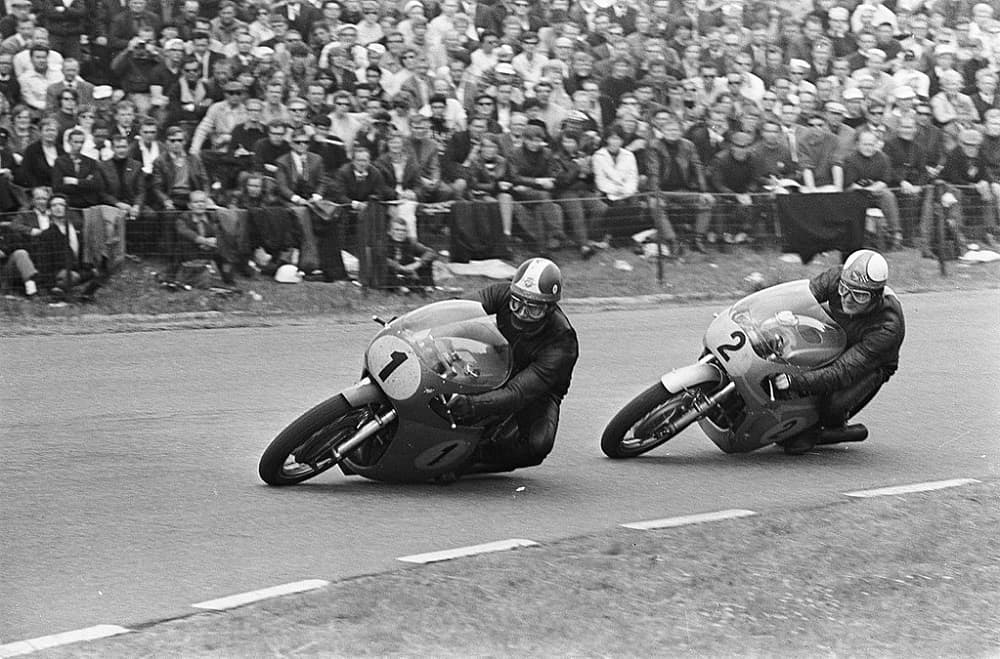 Giacomo Agostini (1) at the Assen TT 1967. Pursued by Mike Halewood

15-time world champion – out of which 8 are in MotoGP/500cc class. Agostini also had a very low number of pole positions in his career with only 6 in premier class yet managed to win a huge 68 races (second to Rossi) and take out 8 championships. Agostini currently still holds the record for most consecutive wins at a single track taking out 9 wins at Imatra in a row with a tenth at this track a few years later, as well as 8 consecutive wins at Spa-Francorchamps. Over his career he set a total of 69 fastest laps in his career and took 159 podiums in total. Placing him firmly in the top ten riders of all time.

Interestingly Agostini was racing in the era where the Isle of Man course was the British round of the Grand Prix taking a huge 10 wins across a few classes in the years he raced there. 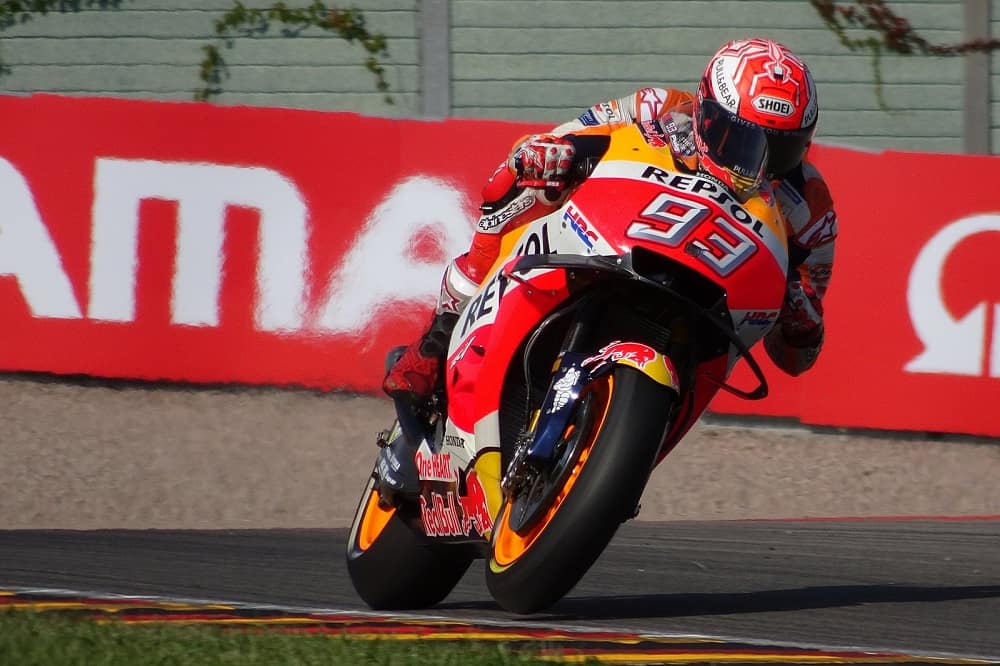 Perhaps one of the most controversial riders of modern times but a fan or not one must admit his talent is simply out of this world. He takes the title for youngest rider to clinch a championship and the only rookie since Kenny Roberts to take the title.

He is well on his way to overtaking pretty much all the records held so far if he continues to compete at the level he has been for the past 7 years. He currently holds 5 premier class world titles (7 in total) with 47 premier class wins to his name and a total of 120 podiums.

He sits in the top 5 riders in the world with 56 pole positions in premier class racing with 13 in one season (2014).

He was the youngest rider to take pole position in a premier race until Quartararo took this record at the French GP 2019. However, Marquez remains the youngest winner (COTA 2013).

He has also set 47 fastest laps in his career so far.  With a lot of years ahead of him it will be exciting to watch what else he can achieve and what other records he can take from his predecessors.

Stefan Isaacs from Seattle, USA [CC BY 2.0], via Wikimedia Commons

The Australian has 5 world titles to his name in premier racing with a total of 54 wins. He took 95 podiums and is still currently the leader where pole position is concerned with 58 to his name (although Marquez looks set to break this in the next few rounds).

He also held the record for the most consecutive pole positions in a single season with 12 in 1997 and a total of 46 fastest laps in his career (recently beaten by Marquez).

Doohan will also be remembered for the creation of the thumb brake control lever being created following a serious crash in the early 90’s. Complications resulted in Doohan almost losing his right foot and as a result he could no longer operate the brake lever leading Brembo to create the thumb control lever.

Unfortunately, despite a stellar career he has yet to win an actual championship and therefore a lot of his success goes unnoticed. But recently he became one of the very few riders to reach the major milestone of his 300th Grand Prix Starts with only L. Capirossi and Rossi ahead of him. Rossi is also the only one ahead of him in terms of career length with Rossi enjoying his 24th year and Dovizioso in his 18th year as a professional rider.

With his recent Mugello third place finish, he has passed Doohan for podium finishes and now has 96, needing just four more to become only the 10th rider in GP history to reach the milestone of 100 podium finishes. This is no easy feat for which he deserves much respect.

What about outside of MotoGP?

MotoGP is by no means the only international racing event or championship that creates some amazing riders achieving incredible heights of success so here are a few other riders who absolutely warrant a mention.

Joey Dunlop and his brother Michael both deserve a mention from the IOMTT (Isle of Man Tourist Trophy).

Joey Dunlop took a massive 26 wins at the Isle of Man in the years he completed across various classes, a record that is yet to be beat to this day. Sadly, he was killed in an accident in 2000 competing in Estonia. 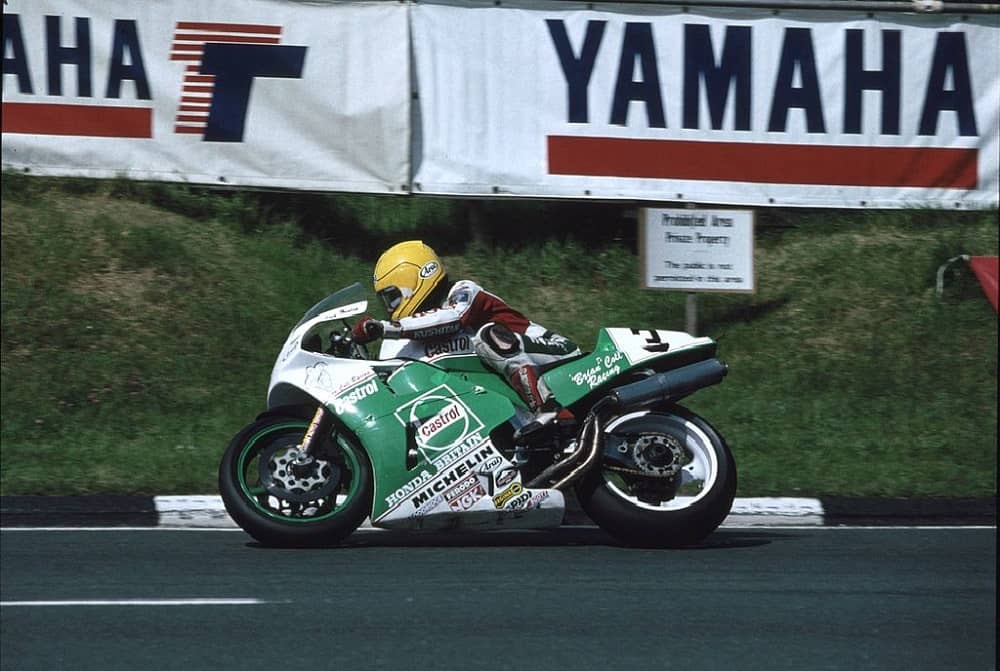 His nephew Michael is third in the record books with a huge 19 wins. He won the 2019 Lightweight TT race. 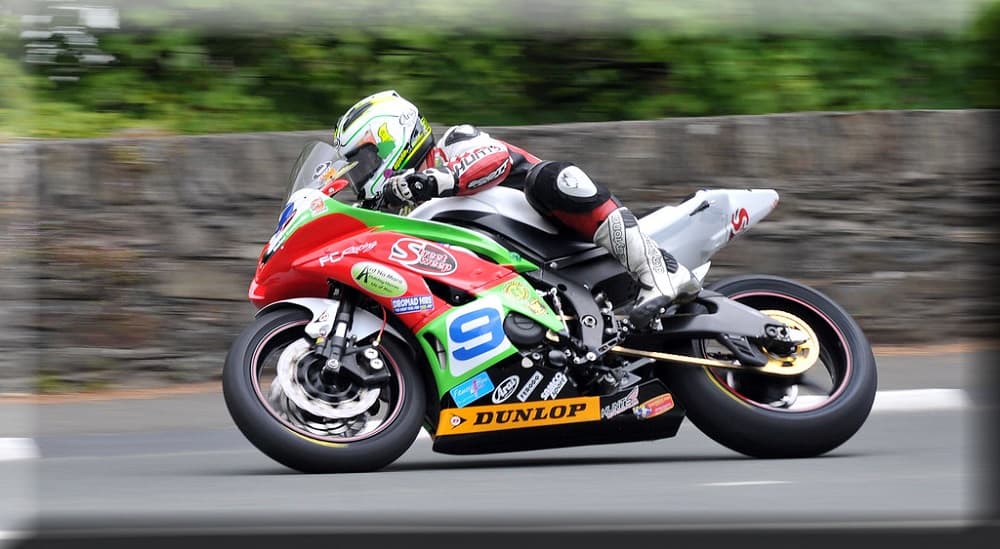 A TT legend by the name of John McGuinness sits between them in second place with 23 wins. He sustained severe injuries during a road race practice crash in May 2017 but was able win a race at the August 2018  Classic TT meeting. He also gained a second place in the 2019 TT Zero (electric) race but was forced to retire from two other races due to mechanical problems. 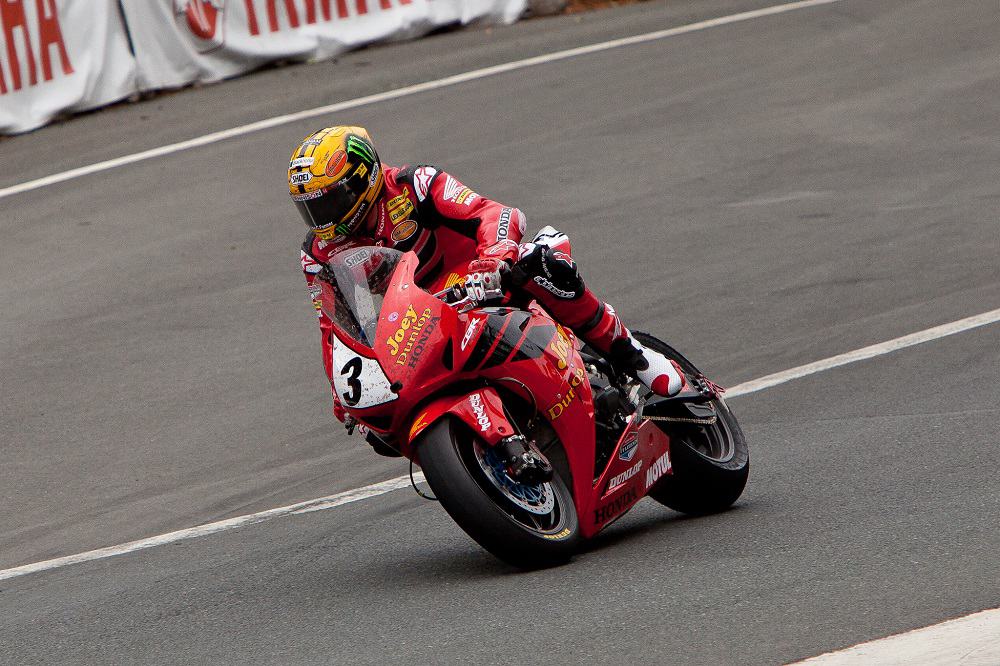 Jonathan Rea is a four-time WorldSBK champion with a record 68 wins and 131 podiums in total. 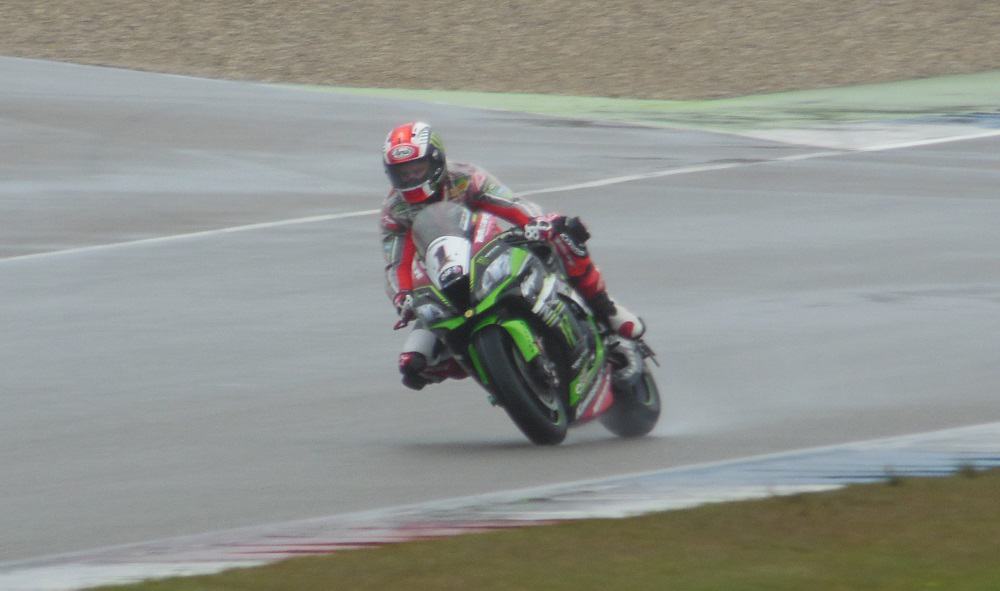 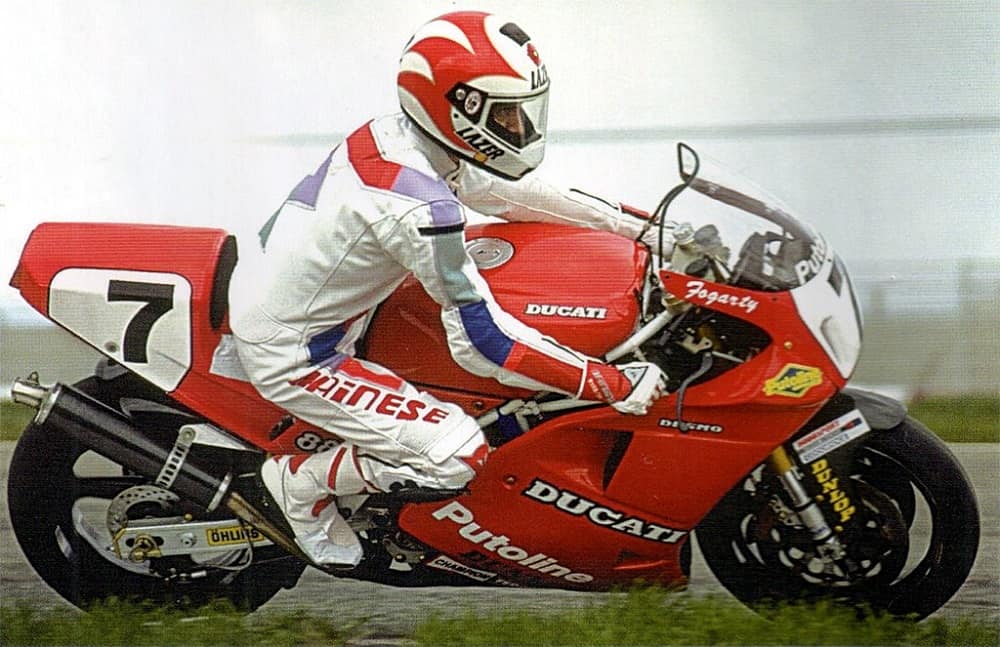 While in third place is Troy Bayliss with three WorldSBK championship titles to his name from 52 wins and 94 podiums in total. 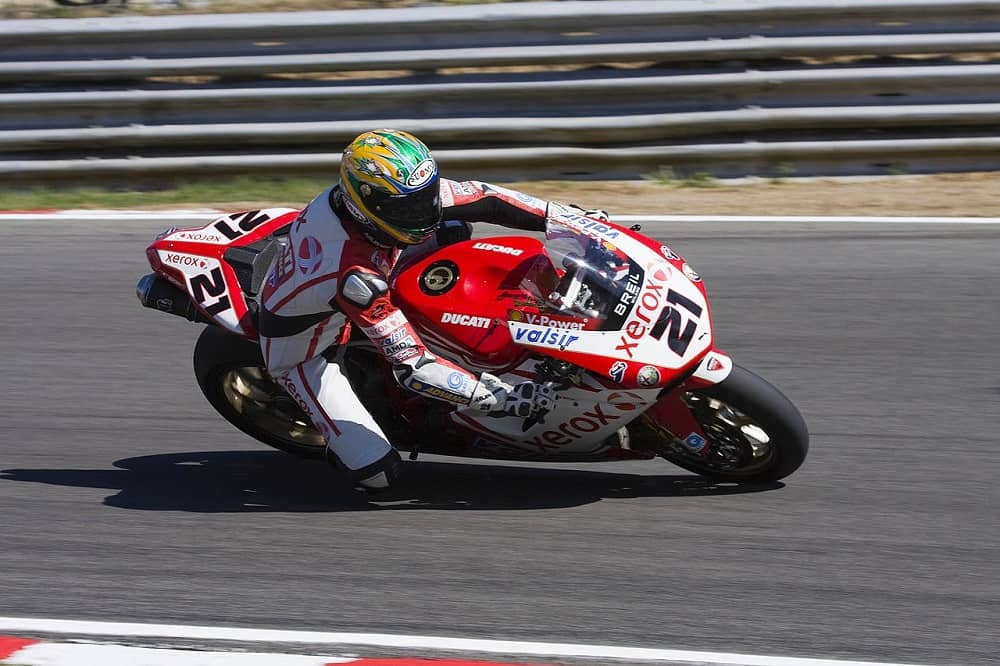 It is the long standing career records we all are watching to see if Marquez will continue to dominate MotoGP and knock off names such as Rossi, Doohan and Agostini on his quest to being the greatest MotoGP rider of all time or will the title go to someone yet to burn up the track even faster than Marquez and his racing compatriots?

Keep an eye on World Superbikes and certainly don’t forget the incredible riders of the Isle of Man TT.