5 Times MotoGP Riders Got It Wrong and Sparked Controversy 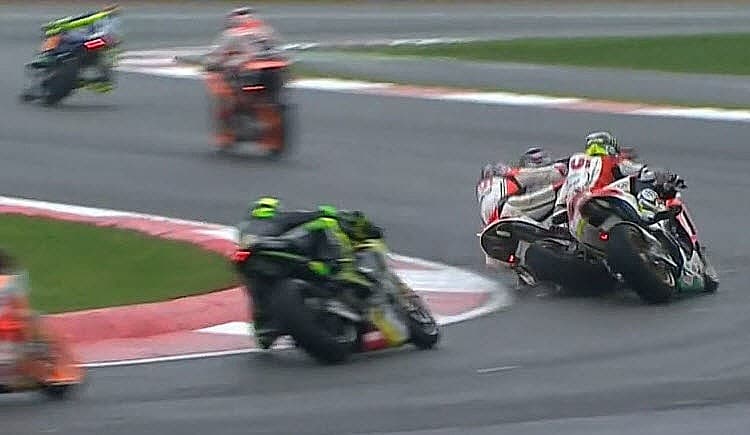 In the early laps of Silverstone 2015 we saw an eager Jack Miller take out Cal Crutchlow. It was an erroneous braking move on the young Australian’s part and unfortunately resulted in him taking down his LCR Honda teammate.

The youngster believed he could’ve fought for a podium in the wet but accepted his 1 point penalty and the anger of his team’s Boss.

At the time he was quoted as having respect for Cal’s forgiveness, claiming he probably would not be so calm in the same position – he proved this to be true a fortnight ago in Jerez shoving Alvaro Bautista and kicking his bike after the Spaniard made – yep you guessed it – a braking error, lost the front and took Miller out with him.

Again Miller accepts his punishment; this time a $1500 fine. 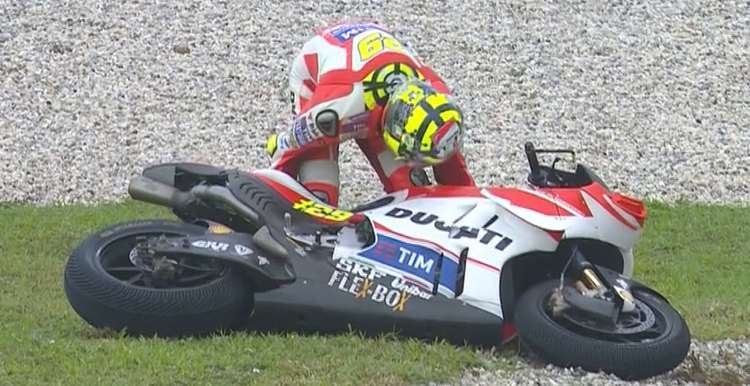 2016 turned out to be one long incident for Andrea Iannone ending with Ducati deciding not to renew his contract.

Crashing out 7 times over the season. Including infamously taking out his teammate in Argentina on the last bend of the last lap in what will no doubt be remembered for a very long time as totally unbelievable!

Costing both personal second and third podium positions it also lost critical manufacturer points and the team was not happy.

It would appear that Ducati had had enough of the Maniac and opted to retain the older Andrea Dovisioso as teammate to the newly signed Lorenzo for 2017. It was a controversial move by Ducati.

It is interesting to note while the above two incidents took fans by surprise they have been far more forgiving towards Iannone and Miller than they have towards Dani Pedrosa for his 2006 run in with Repsol Honda teammate Nicky Hayden…. 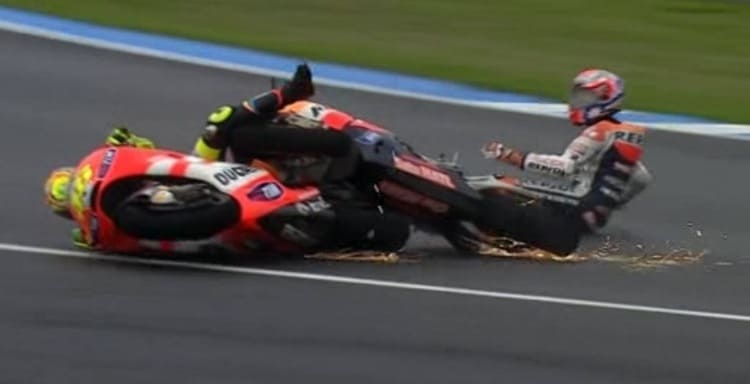 Rossi and Stoner continued their rivalry with the infamous 2011 incident in Jerez.

While fighting for second place the Italians bike slid out taking Stoner with him.

It was an error on Rossi’s part, no one could’ve made that overtake in that spot.

At least that’s how Stoner clearly felt making the famous statement to Rossi – “your ambition outweighed your talent”.

Stoner accused the marshalls of favouring Rossi and ignoring other riders. He claimed it was unfair leaving riders unable to re-enter the race.

While he fell short of going to the authorities it certainly added to their fiery feud.

It has more recently been claimed that Marquez is on the receiving end of such favouritism, that he has been allowed to let’s say ride with more ambition than sometimes his talent allows and leaving some non-factory riders feeling unsafe or unfairly treated by officials.

It is ironic that the person making the claims is Rossi and they were disregarded much like Stoner’s were. Instead being labelled sour grapes. Seems now he and Stoner finally have something in common. 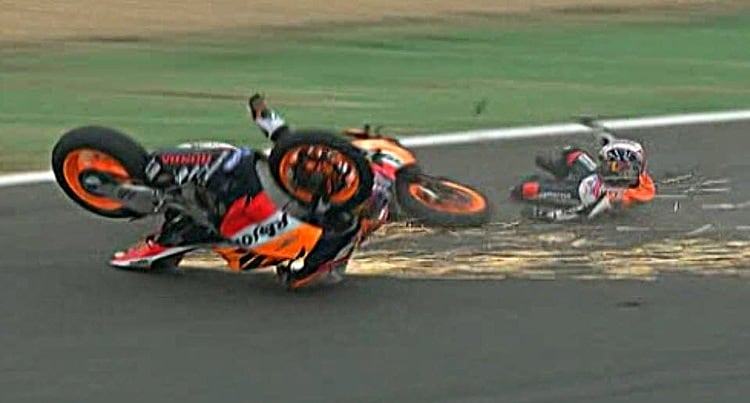 In 2006 Dani Pedrosa took out teammate Nicky Hayden (RIP 🙁 ) in Estoril, Portugal, in what may be one of the most famous crashes in MotoGP history.

Even though in the end Hayden won the Crown, at the time it was perceived Pedrosa had cost the American valuable points with only one remaining round.

Fans cried foul, believing Pedrosa should have respected his team orders to play it cool and not fight Hayden.

Following what seemed a blatant disregard for his team Pedrosa was left with the taint ‘the one who takes out teammates’.

The fact others have performed equally erroneous acts against teammates seems not to dissuade fans from holding it against him 10 years later.

Whether it is actually happening and Pedrosa is not a team player is impossible to know as we are not privy to his thoughts but there is no doubt this mark will follow him until retirement. 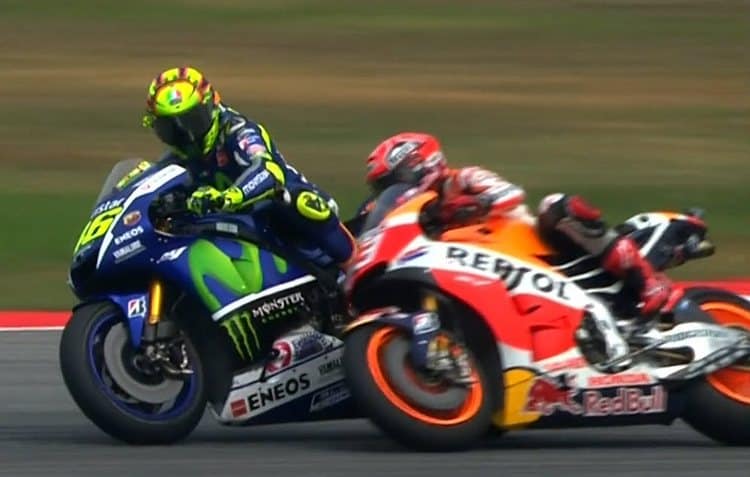 There is no doubt the biggest and most damaging incident to the reputation of the sport is that between Rossi and Marquez following Sepang 2015.

The one time friends are now bitter rivals. Their feud reigniting the Spanish v Italy rivalry and creating a feeling of enemy camps between fans.

It once did not matter which country, team, or rider you supported , we were all fans.

There was a time not so long ago you could have flown both the #93 and #46 flags at a race and had no issue…I would not recommend you do that now.

It has become the one incident in which fans are basically demanding people pick a side.

You either think Rossi kicked Marquez or you don’t.

You think Rossi had the title stolen from him effectively or you don’t.

There is no fence sitting for some.

Even European corporations have taken sides cancelling sponsorship deals with riders such as Lorenzo to not risk losing Italian customers.

No longer will Marquez scoop up the long-time Rossi fans when the Doctor retires like he would have pre-Sepang 2015.

Rossi fans vehemently deny their God of the Track could lose his temper and kick someone whereas Marquez fans are quick to lay all the blame with Rossi.

I don’t think anyone at the top of FIM or Dorna Sports, even Movistar Yamaha or Repsol Honda would have thought it could possibly get this out of hand and none are too happy it has still not entirely been put to rest by fans.

Whatever you feel personally about the riders involved, whether you love or hate them there is no denying some days they just simply get it wrong!

What do you think? Do you agree with my selections?

Can you suggest other occasions when riders have got it so controversially wrong?