10 Things You Should Know About MotoGP For This Season 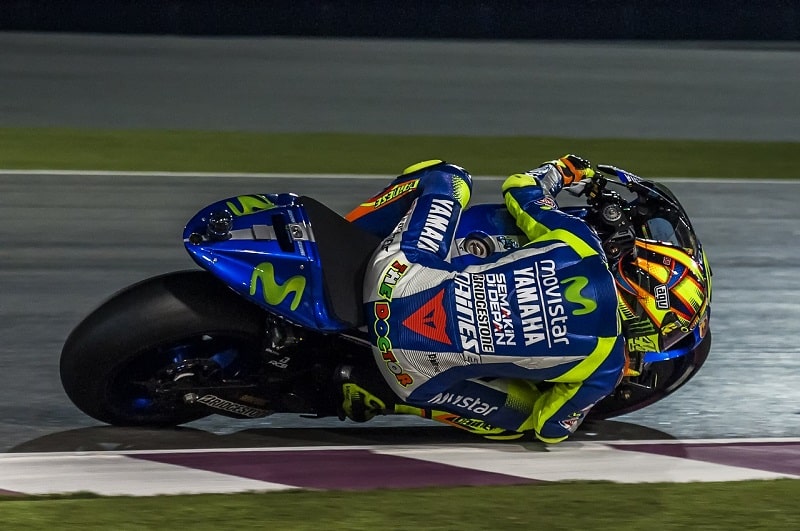 While it is certainly one of the most entertaining sports, there is much more to it than watching our favourite rider win a race or a championship.

It can be difficult to find out the basics and the up to date technical rules and regulations when you are new to the sport.

No need to worry, we have compiled 10 interesting facts every fan should know before the new season starts.

Finland will rejoin the MotoGP circuit for the first time in 38 years with the newly built KimyRing.

This addition has meant some other changes to the schedule: Thailand will now host the second race of the season rather than being in the final rounds, Argentina, America and the German race dates have also changed for this season.

The flow on effect for adding to the calendar sees some cutting of the testing schedules to account for the increased demand on riders and teams.

Following on from the addition of the long lap penalty in 2019, a rule change for 2020 will see riders penalised for jump starting on the grid with 2 long lap penalties.

This replaces the pit lane ride through. This is seen as a more appropriate penalty for a jump start.

This new penalty of 2 long laps will see riders lose between 3 and 5 seconds per lap depending on the track itself.

Aerodynamic rules have also been updated for 2020 following the fallout between Management and Ducati in the past year regarding the swingarm attachment.

Now rather than having a rule for the different parts, fairings, swingarm and front fender, it is now one rule to cover any aerodynamic changes to the bike.

Riders will now only be allowed to make one change for the season.

Following the discovery of a rider using metal studs on their knee sliders which may cause sparks to distract other riders behind, Dorna has updated the rule book to specifically ban metal studs on sliders.

When the Black flag has an orange circle in the centre the rider is being told there is a technical fault with their bike that places them and others in danger.

They will then return to their pit box or otherwise safely exit the track immediately.

Beginning this season riders leaving the track under this flag will require clearance from a technical steward before re-entering the track.

3. How Much does a MotoGP Bike Cost? 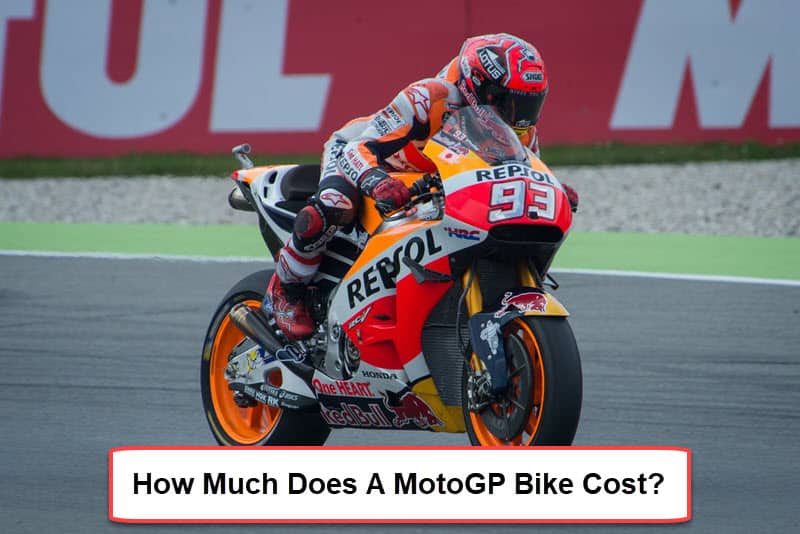 These bikes are prototypes, built specifically and by hand for racing and are illegal to ride on public roads.

They are built from considerably more expensive materials than street bikes such as titanium, carbon fibre and magnesium to maintain strength but to reduce weight as much as possible.

Since they are only making a few at a time it becomes expensive to produce the individual parts. With items such as front forks costing around US$100,000 it can quickly add up to the $2 million US Dollars price tag.

More astonishingly this does not include research and development, the technology that goes into the running of the bike itself or even the security required to keep the bike safely under lock and key during the season. So they really are an almost priceless piece of machinery! 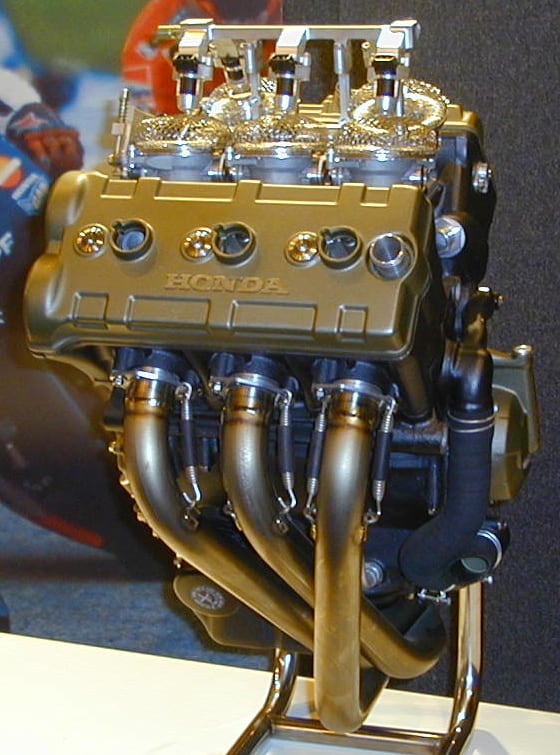 Engines used in MotoGP must be a four-stroke engine of no more than 1000cc. They are not allowed to run on non-standard cylinders or be turbo/super-charged.

Since they are usually hand assembled, they can be one of the most expensive parts on the bike costing around US$220,000.

Each rider only has 7 engines per season, so they need to balance the performance with durability, which can be greatly impacted by events like too many crashes in the season. 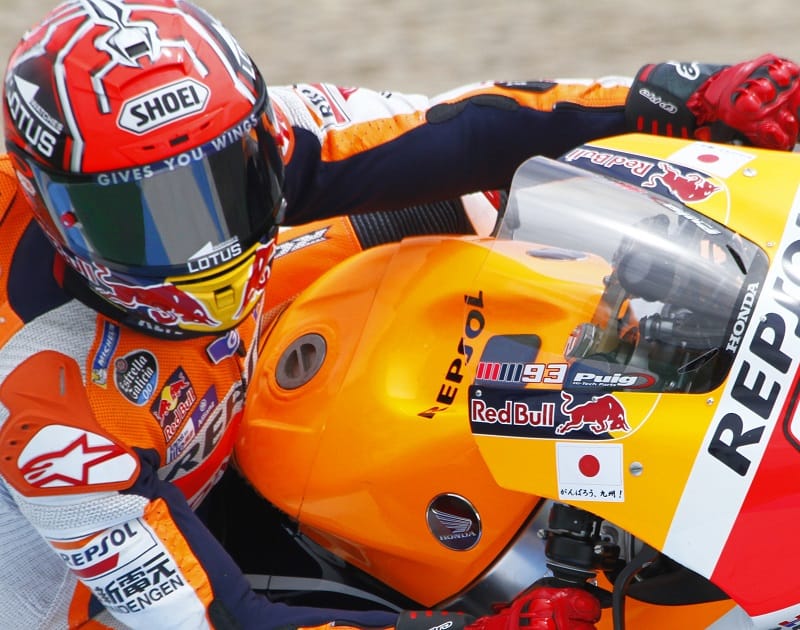 The fuel tanks on these machines are quite small in comparison to a street bike. Not to worry though since they are only allowed 22 litres of fuel to complete each race.

With each race being around 120 kilometres long, it demands the engines run at their most efficient to get the required 15L per 100 kilometres.

The record was previously held by fellow countryman and former teammate Andrea Ianonne with a speed of 354km/h in 2016.

The brakes in MotoGP are provided by Brembo for an approximate cost of 75,000 euros per season per rider. These state-of-the-art brakes are made from carbon and can withstand exceptionally high heat during a race and are very lightweight.

Several years ago, it was standard to switch to steel discs in the wet but after Marquez continued on the carbon discs in Misano (2017) despite the rain and won, it has inspired other riders to stick with the carbon in the rain with some success.

This can be credited to technological advances by Brembo and a more refined carbon product being manufactured.

8. The Weight of Stopping

There are times a rider will be at maximum speed and drop to about half that to enter a corner in just a few seconds.

This means the rider will experience about 1.9g forces during that deceleration.

Many may think F1 drivers are subjected to far more. However, one must remember F1 drivers are seated and strapped in securely whereas a MotoGP rider does not have any such benefits and protection.

Imagine a 150kg slab of concrete on your back while trying to stop your bike and enter a corner – all without tipping over since by the time you are leaning into the corner you may only have a few millimetres of rubber touching the track.

Scary right! It’s no wonder many riders suffer with wrist pain and damage due to the pressure on them during each race.

The damage is somewhat like a severe carpel tunnel syndrome caused by the intense pressure on the wrist, over the course of a race the wrist can swell causing intense pain.

This is why we may see a rider head back to the track after a broken ankle or collar bone but we will often see them sit the race out where their wrists are concerned.

A MotoGP rider must be at peak physical fitness to undertake each race.

It takes an immense amount of strength to control a bike flying around a track at 300km/h, especially when we consider the bike weighs about 160kilos and in most cases is double the average riders’ weight.

However, there is one other thing we really don’t think about. Weight loss during the race – that’s right they lose about 4 kilos in an average race and approximately 2 litres of sweat.

This would require about 3 hours of intensive exercise to lose that much sweat in one go.

To combat the dehydration their helmets are fitted with a system allowing the rider to drink during the race. 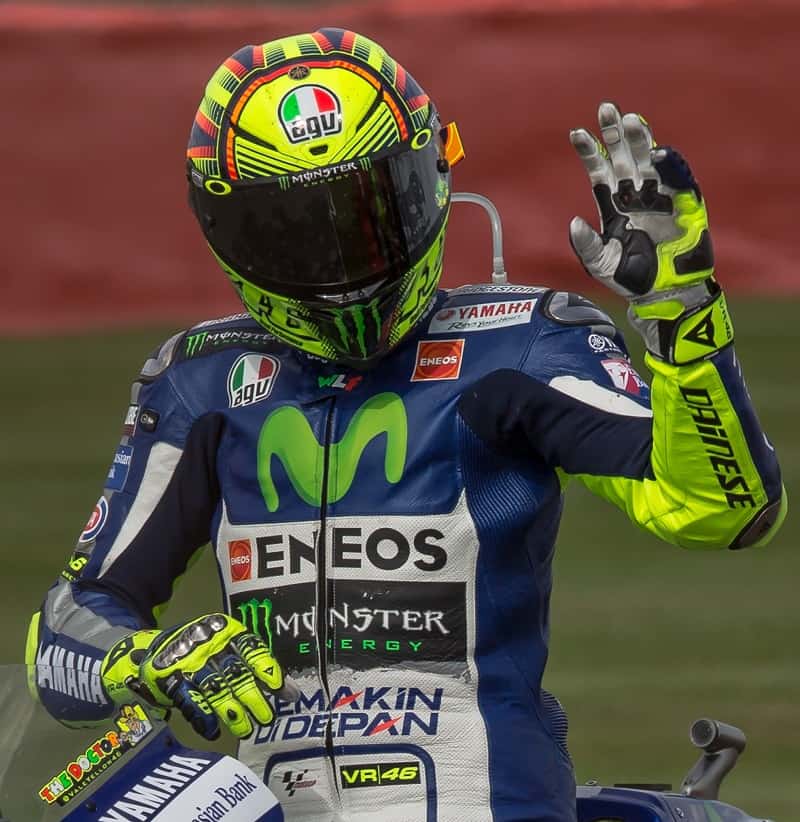 Interestingly, more riders are opting to have their suits made of kangaroo leather for its lightweight and durability which is somewhat better than cowhide.

A set of leathers has the only safety features that can be provided to a rider with metal and plastic sliders (which do scrape the ground on cornering) a protective hump and an airbag but they certainly don’t come cheap.

The airbag feature has been compulsory since 2019. The airbag consists of a vest worn beneath the rider’s suit. It is designed to protect their ribs, torso and collarbone in the event of a crash.

These are fitted with accelerometers and gyroscopes in order to communicate with the electronics approximately 1,000 times a second. This amazing technology means no failure to deploy when needed, no false deployment if you drop your suit etc and no deploying under a certain speed (approx 25km/h)

The airbag system costs more than US$1000 just for the vest. It’s a pricey investment but Dianese and Alpinestars do sell them to the public as long as you have the specially designed riding suit.

A suit, such as what Rossi wears, is custom made for each rider and has a host of safety features you won’t find in a normal suit. When you add features such as the hydration system and state of the art airbag a suit such as this could set you back as much as US$10,000.

So, there you have it a few extra facts to help you understand what it costs both financially and physically on the part of the rider to bring this sport to life each season.

And let’s hope Dorna really has found yet another way to close the gap between factory and non-factory teams adding even more excitement to the year ahead!!