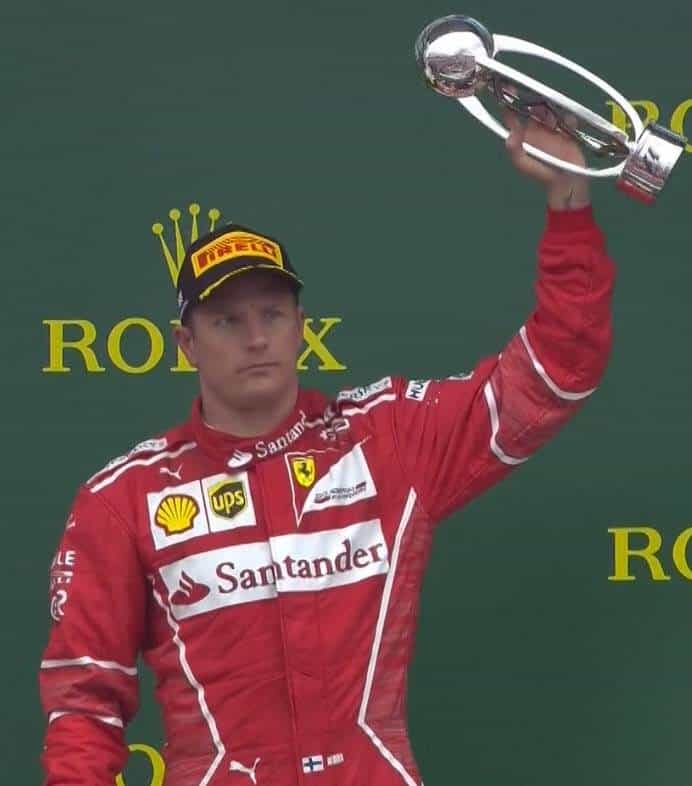 No, he is not the fastest man in the grid. He is not young anymore and is not winning as he should be. He responds to questions in his special monosyllabic accent.

Besides race weekends and Ferrari’s sponsor commitments, he hides in his own kingdom.

He is slower than his team-mate and he may not be the fastest Finn anymore.

He has not stepped onto the top of the podium since Australia 2013 and his first pole in many years came in Monaco 2017.

He is not so charismatic but I don’t remember children crying when other F1 drivers retire from a race.

Call him arrogant, call him ignorant but there is no one quite like Kimi.

My first memory of Kimi is not so long ago. Back in 2010, my Uncle who was a die-hard Ferrari fan sighed and said “This is rubbish. F1 won’t be the same again. It’s over, over now. No Kimi, No F1. Mark my words Ferrari will regret this, they will let go this Massa and sign Kimi soon.” (Kimi had been replaced by Fernando Alonso even though he had a contract for 2010).

To be honest, at the time I had no idea what he was talking about. I was not much into F1 then and apart of the great Graham Hill, Alain Prost, Ayrton Senna and Michael Schumacher I knew no one.

Tales of Niki Lauda’s incredible comeback and the tragic accident of the majestic Ayrton Senna were heard of but tales of Kimi were totally alien.

Alonso, Hamilton, Vettel and Webber were on the news almost every week. Their ascent to the podium, their girlfriends, feuds on the track and every other action received special media attention.

But non-F1 fans did get enough coverage of Kimi in his rallying exploits and I found no reason then to stop watching F1 for one Kimi.

Fast forward a few years, I have started loving Kimi and his icy-cool antics.

The non-motorsports world might not have heard the name Kimi. How would they? Today’s scoreboard journalism only talks about results.

In fact, a few of my friends asked me about Kimi after the huge social media focus when Kimi met the young man in the Ferrari paddock and gave him a Ferrari cap along with countless selfies.

If a child’s tears are only a small indicator of his popularity, we need to hear his interview after Monaco GP. 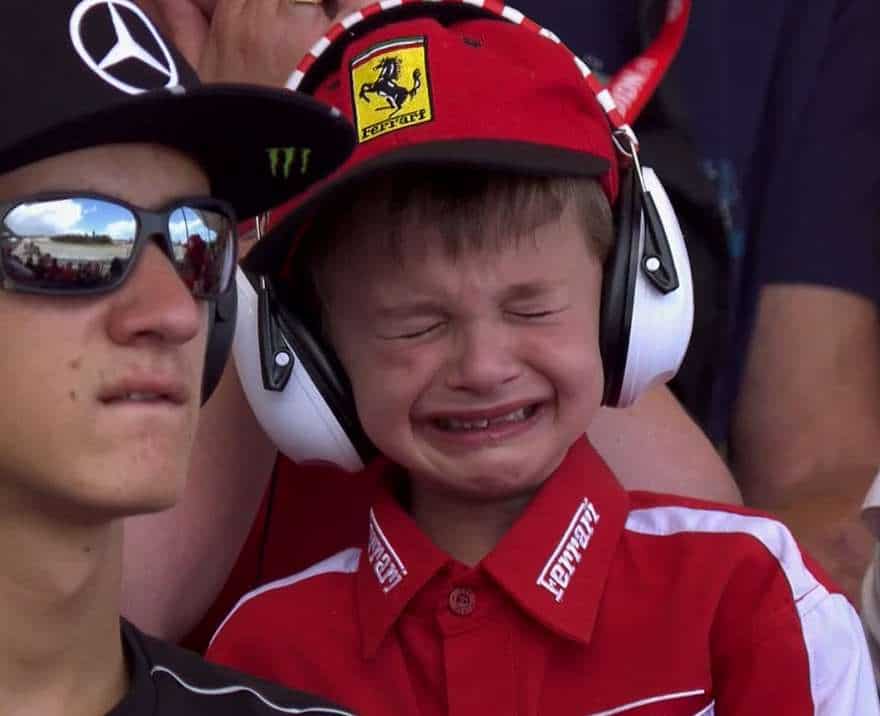 However disappointed he was after the race, when the media and social networks claimed how the team had denied him his first win in almost four years, he calmly erased all the negatives by saying things which cemented his place permanently in Tifosi folklore. He did nothing to disrupt the team ethos and his chemistry with another Ferrari driver. 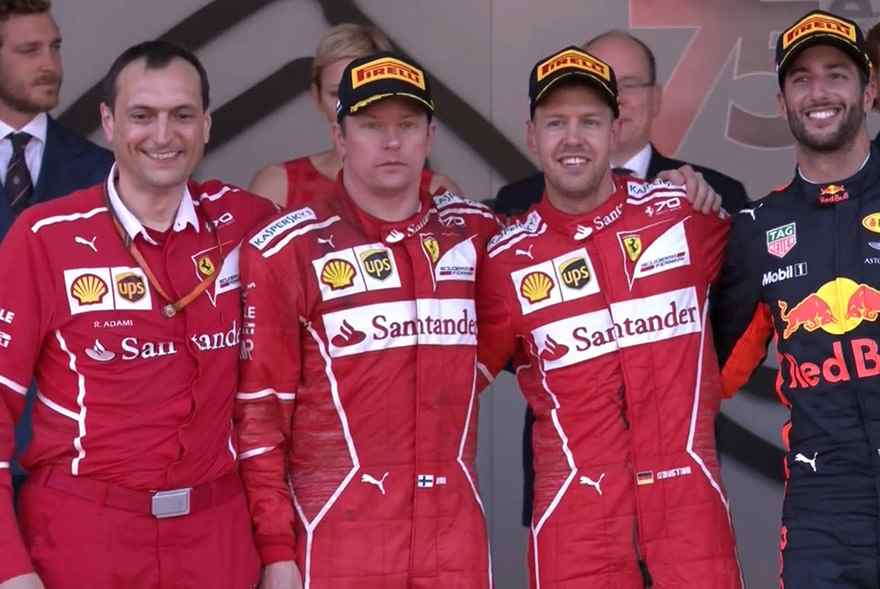 Kimi is cool, not super-bikes -fancy dress up-cool, but cool on another level. Back in 2006, when he had to retire his McLaren-Mercedes at Monaco, he decided to leave the track and enjoyed chilling on his yacht.

Back in 2009, when everyone in the paddock was in chaos following the Red Flag after heavy rain, he decided to take an ice-cream break.

This can be mistaken as lacking passion but it’s quite the opposite. His passion is racing and when he thought Formula 1 could not motivate him, he quit F1 and joined the rally championships.

But one thing that makes Kimi stand tall amongst other F1 drivers is his clear mind.

There is no sense of diplomacy when he talks. He is known to speak his mind and that distinctly saves him from being another PR puppet.

As he famously once said: “I’m not here to try to please people. I’m here to do my best.”

It’s surely this behaviour which has made him so popular.

Indeed, in the bi-annual Motorsport Network/FIA Global Fan Survey, Kimi came out top in 2015 and third in 2017 beaten only by Lewis Hamilton and Fernando Alonso. His team-mate Sebastian Vettel was fourth. 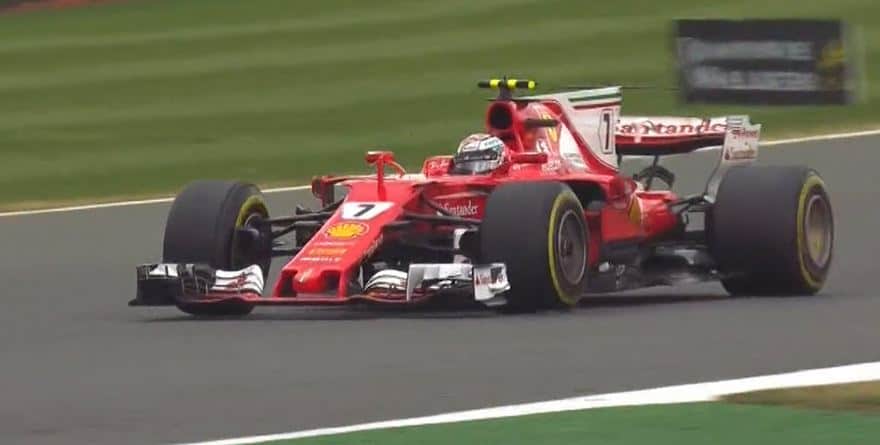 He has not let Formula 1 change him and he has remained Kimi Raikkonen, not just Kimi the F1 driver.

Once when an interviewer asked him about his special helmet rituals he said: “I wipe it so that I can see clear.”

Pretty much shows Kimi as one of a kind.